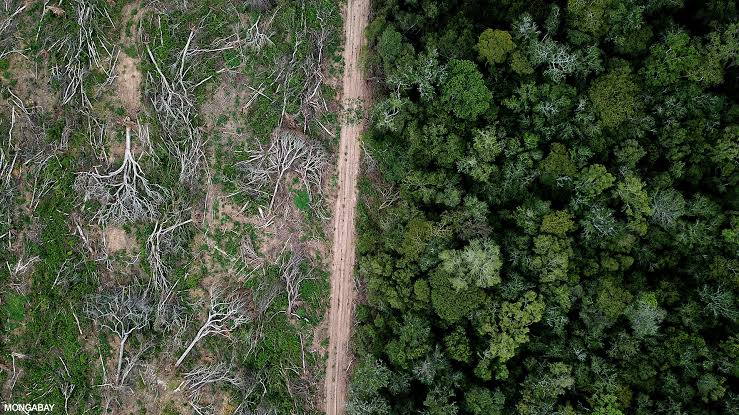 In September, 1,455 square kilometers (562 square miles) of rainforest were cleared, according to satellite data from INPE, a Brazilian space research organization. That surpasses the September 2019 record in a data series that started in 2015 and is up 48 percent from a year ago.

Since Bolsonaro entered power in 2019, average deforestation in the crucial environment has climbed by 75% from the prior ten years.

As Brazil prepares for a difficult election on October 30, when Bolsonaro will compete against former left-wing president Luiz Inacio Lula da Silva, who has vowed to crack down on deforestation, the news of rising deforestation comes to light.

Many think the upcoming election's outcome will determine the fate of the Amazon, a crucial resource in the fight against climate change. Brazil is where almost 60% of the Amazon is located.

As ranchers and loggers cut and burn large tracts of the rainforest, Bolsonaro, a supporter of Brazil's influential agriculture industry, has presided over a dramatic depletion of the

Experts hold the far-right leader, who is running for re-election, responsible for weakening environmental safeguards and allowing ranchers and loggers to further unlawfully clear more of the Amazon.

However, fires have increased as agricultural interests look to clear land for farms and grazing pastures. The number of fires burning in the Amazon in Brazil reached a five-year high at the beginning of September, and activists have complained that Bolsonaro's enforcement has been subpar.

Authorities are not doing anything to stop deforestation in the Amazon, according to a report released in July by the Brazilian think tank Igarape Institute.

Only 2% of the 302 environmental crime raids conducted by the federal police in the Amazon between 2016 and 2021 that were the subject of the study's analysis targeted those who were illegitimately claiming undesignated public lands.

Additionally, violence and abuse have been directed at indigenous people and environmental land defenders.

The Amazon burns yearly in August and September. Ranchers and farmers may burn off deforested areas because the rains have stopped.

The number of INPE fire alarms increased last month to its highest level since September 2010.

The Justice Ministry responded to a Reuters request for comment by stating that a police operation has been going on since last year to combat illegal forestry and forest fires. Bolsonaro's office passed the proposal to Reuters.