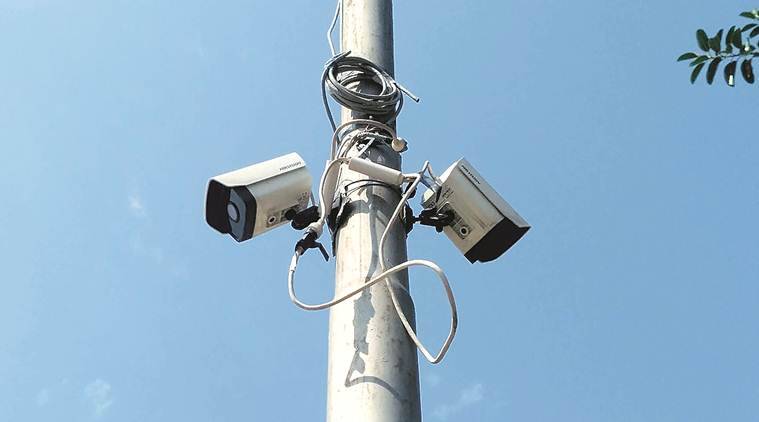 This news will enlighten the people of the national capital that Delhi has ranked first by installing the most cameras per square. This list is given by Forbes.

According to the Forbes list, the Indian city Delhi has ranked first. This analysis is based on the world’s 150 cities in which the national capital has installed the highest numbers of CCTV cameras in public places.

As per Forbes data

Delhi has installed 1,826.6 cameras per square mile. Apart from this Chennai is on 3rd rank and Mumbai is on 18th rank by installing 609.9 CCTV cameras and 157.4 Cameras.

After the release of the Forbes list, Delhi's Chief Minister Kejriwal tweeted and shared this news through his tweet.

In June 2019 Delhi’s chief minister Arvind Kejriwal promised that the government will install 1.5 lakh cameras across the city to ensure women's safety and to keep an eye on criminals' activities. It was also said that around two thousand CCTVs will be installed in each 70 assembly constituencies in the national capital.

In this whole project, 571-crore have been invested and allotted by the Delhi Government. Rs 400 crore was spent on installing 1,000 CCTV cameras in Delhi government schools for the students and teachers. Around 4,388 CCTV cameras were installed in court premises, marketplaces, and Police stations. These are monitored by Delhi Police.

The Delhi Government also offered residents that those people who are interested and want to install CCTV cameras outside these walls have to give undertaking for that.

In that undertaking, the residents were asked to give their name, their CA/KA number of electricity bill, and therefore their contact number.

In 2018 Hikvision won a tender from the Delhi government to install 1.5 lakh cameras in Delhi. With this Delhi government also gave a contract to Bharat Electronics (BEL). Many political parties were against giving tender to Chinese vendor Hikvision but later CM Kejriwal responded and said, “It’s all politics. I don’t want to get into this. We are working on what we have said and we gave the tender to Bharat Electronics (BEL).

By March 2021, around 1.32 CCTV cameras have been installed in Delhi and so far, Rs 264 crore has been spent on this project.

A survey done by Delhi Economic 2020-2021 for safety and surveillance says that the installation work of CCTV cameras in each assembly was increased from 2000 to 4000.

The total amount allotted for this CCTV cameras project by Delhi Government is Rs 1184.73.

Purpose of installing cameras in Delhi

The CCTV cameras were installed because of the increasing numbers of crimes in Delhi and keeping in mind the safety of women. The Delhi government has promised to install more and more cameras in the national capital. After installing the cameras many cases have been solved with the help of CCTV cameras.