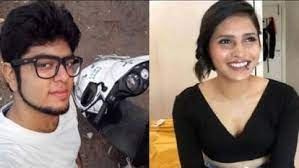 27-year-old Shraddha Walkar was murdered in May, but her passing came to light just last week following her father filing a missing person's report. Aftab Poonawala has been detained, accused of her murder. It is alleged that he strangled her, dismembered her corpse, and dumped the pieces in a wilderness not far from their house. He hasn't yet made any statements to the media.

On Sunday, Delhi police discovered about 12 body pieces that Aftab, victim Shraddha Walker's lover, had disposed of. On Tuesday, the police took the criminal Aftab to a forest location to find further body parts.

As per police sources, tests have been done on the samples found so far to see if they are all human remains. "A total of 12 samples of bones that were found and thought to be human have been forwarded by forensic experts for confirmation. They'll be submitted to match with her father's DNA samples on Tuesday,” according to sources.

Since then, a report has been made at the Mehrauli police station under IPC sections 201 (causing the removal of evidence of an offence committed) and 302, after the offender was apprehended for murder. Indeed, sources can confirm that on November 10, Delhi police got a complaint from Shraddha's father, and thus filed an FIR.

Aftab Poonawalla, the suspect in the death of Shraddha Walker, was a food blogger who had previously worked in a contact centre in the capital, according to a Delhi Police investigation. The police are now looking into whether he rented a home in Delhi's Chhatarpur neighbourhood as part of a plot to assassinate the victim.

According to police sources, the pair began dating in 2019 and moved to Delhi in 2022. They had accommodations in Maharashtra. Additional stories claim that Aftab used to sleep in the same room where he had allegedly dismembered Shraddha's body following her murder. He used to be able to see the face after placing it in the refrigerator. Aftab had since cleaned the refrigerator after getting rid of the body parts.

Aftab had connections with other women before meeting Shraddha. Before the crime, he also watched a lot of crime movies and web series, especially the American crime drama Dexter. Only time will tell of his conviction.

Virginia Cop grooms and murders young girl's family, what can be done to protect our youth?