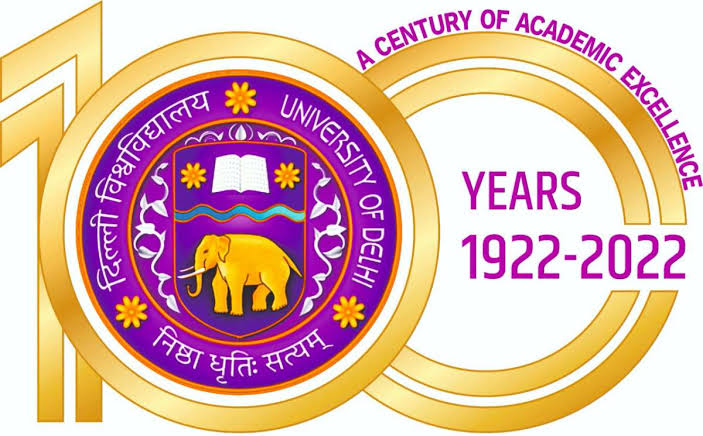 Delhi University recently completed 100 years since its establishment. The University has played an important role in the field of education and has provided immense contribution to the field of academia by producing the top alumni all around the world. It is not only one of the most prestigious universities in India but also in the South Asian region. Delhi University also accommodates foreign students on the campus with scholarships and stipends.

The University has had a long journey of nation-building by educating the youth and this growth can be observed in the number of colleges; from three colleges in 1922 to 90 colleges in 2022. Delhi University is one place where the education for girls is promoted equally as noticed from data and analytics, provided by the VC Mr Singh. During the celebration the VC announced that the number of female students have increased from, 82 in 1930 to about 3 lakh, which is almost 50% of the total strength of students in the university.

The Vice President Mr Venkaiah Naidu was invited as the Chief Guest of the celebration where he claimed that lawmakers should focus on the education sector. He reiterated that India has always had the best education centres like Nalanda and Takshashlila. Naidu mentioned how he wants Delhi University to re-establish the image of Viswaguru in the world and register itself as one of the top 10 rankings of the globe to attract people to the education field. He was quite optimistic in hoping for such aspirations from Delhi University. He acknowledged that Delhi University have played a crucial role in building a strong education field in India with diverse academic courses. The Vice President revealed his concerns about the poverty and literacy in the country and suggested that lawmakers should more focus on the education sector, as well as make suitable amendments for a better future.

Delhi University is among one of the few universities who have already incorporated the National Education Policy 2020 as the admission is going to be through the Common University Entrance Test (CUET) for the next session.