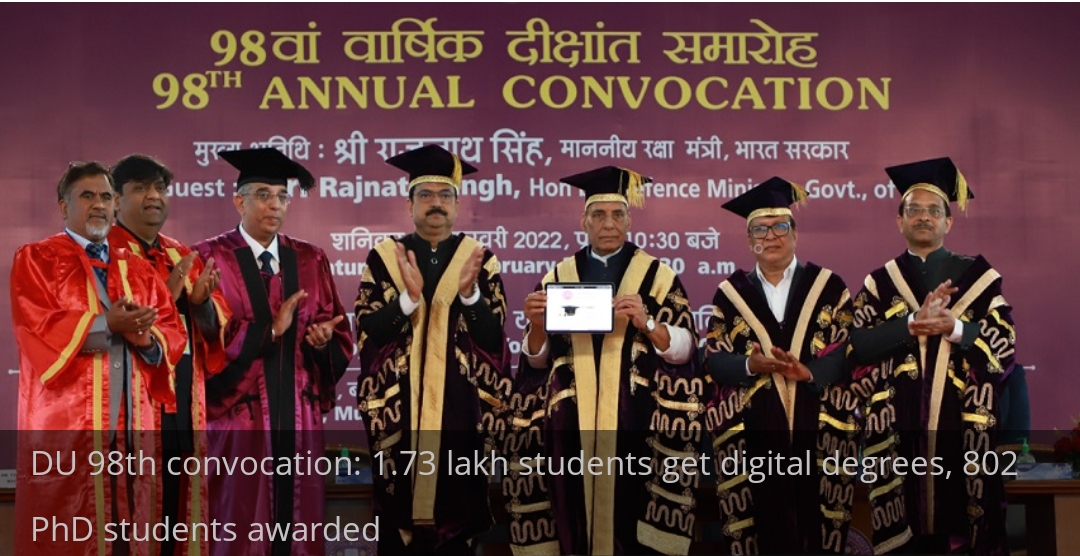 On Saturday, over 1.73 lakh digital degrees were awarded to successful students. These digital degrees will be released with blockchain technology security through Samarth eGov. Samarth eGov is an initiative that aims to equip central universities and other higher education institutions with information systems for process automation and e-governance.

In 2021, Delhi University became the first institution in the country to award 1.78 lakh digital degrees. In this event Rajnath Singh, our Union Defence Minister was invited as the chief guest of honour. He conferred 197 medals on students and as many as 802 doctoral degrees were also awarded.

Mr. Rajnath Singh in his address said, “Our dream is to make India Jagat Guru. India is the only country that has never attacked nor occupied one inch of land of any other country.” He also said that India’s power was meant for the welfare of the world and not to scare anyone. In his address, he instilled the feeling of patriotism in the students and their families present at the convocation.

Yogesh Singh, Vice-Chancellor of Delhi University, proudly announced the university’s completion of 100 years on May 1st this year.