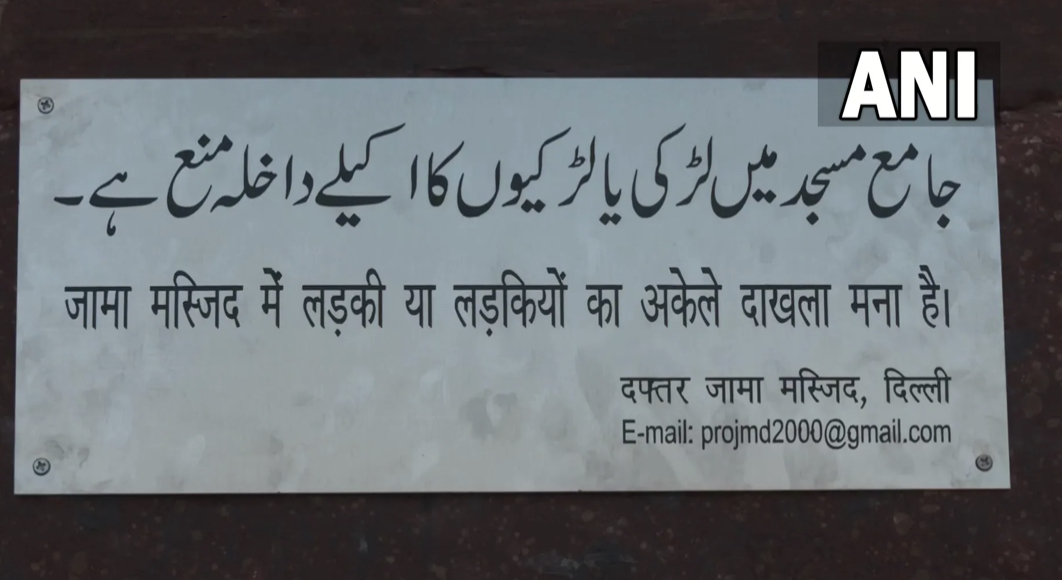 A recent decision made by the Jama Masjid in Delhi caused outrage amongst the community, where women once again were deemed the villains in a situation that concerned both males and females. The order passed prohibited the entrance of unaccompanied women or girls, whether they weretraveling alone or in groups.

In a recent diktat, the mosque's office also outlawed recording music inside the mosque's grounds. Thursday, the management of the mosque posted a sign at the entrance declaring it "improper when women come alone." The announcement has been denounced and criticized for being "regressive" and "unacceptable."

The Shahi Imam, Syed Ahmed Bukhari, told PTI on behalf of the mosque that the ban is to prevent "improper acts." Jama Masjid is a place of worship. "People are welcome for that, but girls coming alone and waiting for dates—this is not what this place is for," he said.

However, sources in the administration told PTI that not all people who engaged in "inappropriate behavior" are women. There is no mention of men being prohibited at this time in the mosque's announcement.

Some visitors have been caught shooting music videos on the premises. And an older notice reads: "Music video shoots are strictly prohibited inside the mosque."

Swati Maliwal, the head of the Delhi Commission for Women, is one of many who have denounced the masjid's mandate, calling it "shameful" and "unconstitutional."

The DCW is expecting a reply from the mosque soon.