Despite the ongoing genocide in Ukraine, the world hopes that Russia’s success in Kyiv doesn’t undermine the success of Ukraine!!! 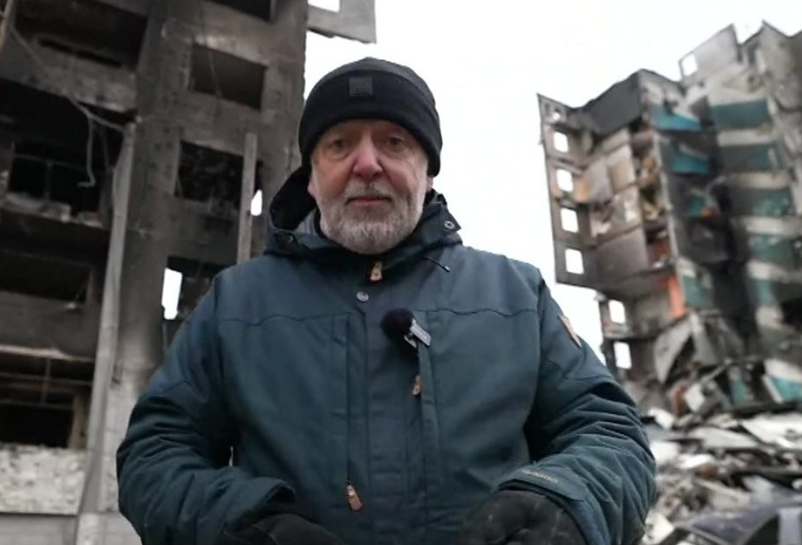 As the war continues to be prolonged as time goes on, more cities are ending up being taken by force, burned, and then ditched like garbage. Ever since Kyiv has been captured by the Russians, all the surrounding cities, including remote villages, are also suffering the same fate. But this time, those cities are being left in much worse conditions with civilians being executed and ditched on the sides with surroundings burned to ruins.

The Ukrainian town of Borodyanka is a simple town like Kyiv that has also suffered devasting consequences of this war, including the attack on the center of the town. In comparison to its size, the scale of damage, so far unaccounted for, is worse than Irpin and Bucha. In this city, it is seen how there are only blanks and spaces in the places between the blocks of flats where once other blocks of flats stood. One civilian named Demetrio Kachavski’s shop was found completely in ruins and buried under the rubble. His shop was said to be a pharmacy, which was once very useful to the residents and when now needed more than ever, the shop’s existence is nowhere to be found.

The inside of Demetrio’s shop is completely unrecognizable, as the hope of it once standing again may be very little. Svitlana Stashevsky explains how she and a couple of neighbors were terrified upon the encounter with the Russians who even threatened to "shoot" some of them if they didn’t follow orders. You can imagine how much terror and panic this may have caused to those and nearby citizens. Demetrio points out how, according to him, approximately 30 civilians are missing in the next block of flats with nothing but the rubble discovered. All this damage was said to be caused by a single ballistic missile.

Jeremy Bowen indicates that according to the laws of war, "killing civilians and wanting destruction" is said to be war crimes, which has way more evidence with links to Russia, as opposed to the country trying to prove that this was a military target under a military operation. Nearby, the local priest Farther Dmytro has helped to organize a workstation where they offer free food to the victims of the war. On his account, he says how he has seen multiple killings that to him were not any normal killings but were "executions". Hence, an alarming crisis has been spreading through the town of Borodyanka. Yet, it is evident how the civilians of Ukraine and this town have not given up any hope and are continuing to resist the invasion.

Another witness, when interviewed, broke into tears and was only able to comment on how coming back made her "empty and scared" as she said that she remembered how the town was "nice". This is just enough to move us deeply and emotionally as we cannot possibly imagine what this witness and the residents of this town, Borodyanka, will be going through.

Upon walking through this town, you can easily see how there are images of families burned and torn in the rubble; toys that are half-burned; pieces from houses, flats, or other parts of the infrastructure. Alongside this, the local police have commented on how there are maybe bodies under the rubble, the majority of them being unaccounted for.

A mum and her family have come back from hell to live in another hell, called her homeland!!