Disastrous Wildfire in the Southwest of France 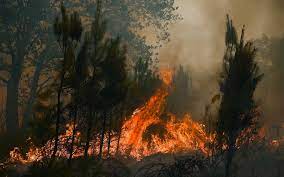 The Southwest of France has been burning since July 12th.

2 massive fires were declared more than ten days ago in Gironde, a French region. This week, as record high temperatures were recorded throughout Europe, the fires have progressed but have thankfully been contained as of yesterday. What this means is that, although the fires haven’t been extinguished, they have at least stopped progressing for the time being.

Impressive resources have been gathered. Reports are talking about over 2000 firemen, 2 Canadairs and 2 Dash airplanes, as well as many volunteers. However, those weren’t enough to prevent the burning of 20,000 hectares of forests. The Dune du Pilat, a famous tourist attraction of the region and the highest in Europe, is currently facing great danger.

As mentioned earlier, this environmental disaster is only one of many hitting Europe at the moment. Disastrous wildfires have been hitting Spain, Portugal, Greece, and Croatia alike, while extreme heat earlier this week has simultaneously endangered the lives of many. While the immediate consequences for the Gironde disaster have been mentioned above, there is no way of knowing the long-term changes, both environmental and political, this will bring. It is evident that the measures and the resources put in place as of July 2022 for wildfires are too scarce. Consequently, there is an obligation to re-think the policies, as well as to bring relief to those impacted by the disaster.