Discouraging Side Effects of the Sanctions on Russia 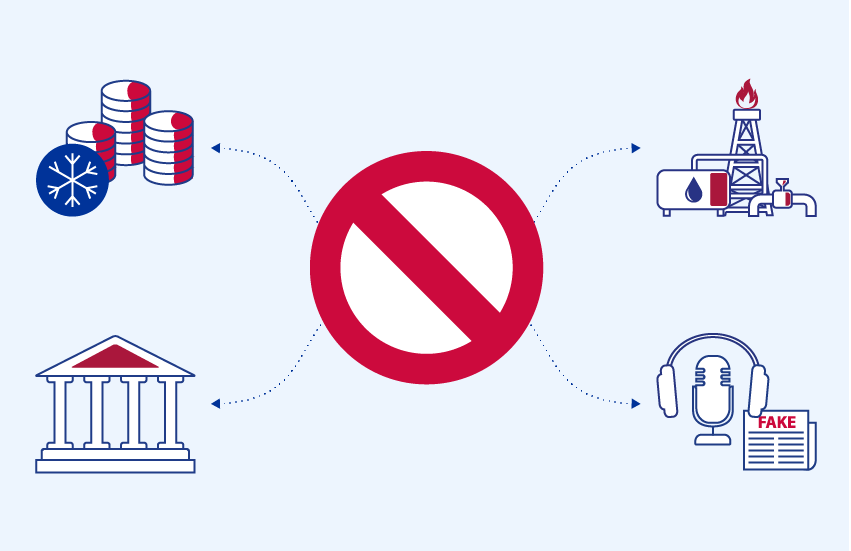 Discouraging Side Effects of the Sanctions on Russia

Six months ago, after the Russian invasion on Ukraine on 24 February, international sanctions were weaponized against the aggressor state. While bans, boycotts and embargoes targeted Russia from every corner of the world, its effects have impacts further than its borders.

The graphics produced by Reuters demonstrate the sanctions imposed up until now. The ordering of such drastic measurements has already caused a legally complex dilemma within international institutions and their member states; the EU provides an accurate demonstrates of this. As EU law is supranational compared to the national act on a case, EU member states were obliged to follow it, even when it hurt their economies, such as in the case of the energy sector.

As reported by the data from Ruters, the sanctions have varying targets (companies, oligarchs, military, banks, and other government-owned entities). These targets are fixed to different industrial sectors: consequently the Russian Federation is “under attack” from multiple angles. Nevertheless, these sectors are linked to Russian citizens as well. Thus, for instance, when a Russian bank was cut off from the world economy, a Russian university student studying abroad was not able to access any money that she owned or would have received from her family, as was explained to our journalist by a primary source who would like to remaine anonymous at this time.

Furthermore, the energy sector has caused several concerns over the course of the past few months as a result of the invoked sanctions. Even though Western countries are battling obstacles to meet with the regulations, the sanctions caused a slippery-slope effect even in the more economically stable states.

For instance, Reuters announced on Thursday that “Dutch city of The Hague seeks exemption from EU sanctions against Russia." In the case that municipality of The Hague cannot provide a new supplier to replace the Russian company “Gazprom,” it must be granted an exception from the rule to be able to cater to the basic human needs of its citizens.

The above-mentioned cases are only small flies in the ointment, to exemplify the complex outcome of sanctions. Even though Putin’s geopolitical world view is too old fashioned to be brought into practice anymore, it might drag the global economy into a recession along with itself. The only question is whether the world is going to break him sooner or later; ‘later’ comes with profound changes on a world-wide scale as well.