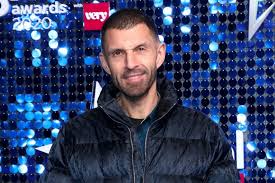 The former Radio 1 star, DJ Tim Westwood, is currently facing allegations from a woman that said he had sex with her when she was 14, and he was 30. She and several other people came forward after an investigation was published back in April, by the BBC and the Guardian of misconduct and abuse claims that spanned from 1990-2020.

The teenager,  whose now in her forties under the pseudonym, Esther, claims Westwood had sex with her in the early 1990s when the age of consent in England was 16 and still is to this day. Now she sits here today and “faces what she has been running away from in a long time,” she said. She wants women with similar stories to not feel alone. “It wasn’t their fault. They are not to blame that they got taken advantage of.”

Her experience with the DJ led her to attempt suicide. She claims he knew her age as he asked how old she was when they allegedly met at Arch Venue, Vauxhall.

Several other women made new allegations that relate to incidents of misconduct, alleged abuse, and inappropriate behaviour. One with the pseudonym, Lydia claims she was 16 in 1997 while Westwood was in his forties, and had an unhealthy, controlling relationship with her. The Guardian comments four women claimed they were under 18, and another six said they were young adults at that time. Another two claimed they were in their mid-teens, with one being 15 and working with his promotional street team, and the other in Year nine when he grabbed her breasts at an under-18’s club he was performing at.

Westwood previously denied these allegations, but the parent company, Global, said in a statement he stepped down from his Saturday night show until “further notice,” and he moved to Capital Xtra.

Westwood’s lawyers at the time said that he was a well-respected and successful DJ. Westwood said the allegations were false and defamatory, and he wanted it made clear he did not behave in the manner described. In 2020, he said the claims made against him were fabricated, false, and had no foundation.

All the 10 women who have come forward with the allegations were Black (recorded by the Lowestoft Journal) since the original investigation in April. They have never met, and only one asked to remain anonymous. One of the women said she thought that racial discrimination meant young black girls and women were treated too often like sexualised adults instead of children.

These allegations accuse Tim Westwood of abusing his power in the music industry to take advantage of women in their late teens to early 20s. They will now appear in a BBC documentary called Hip Hop’s Top Secret: Tim Westwood. It’s now available on BBC IPlayer and will air on BBC3 at 10 pm.