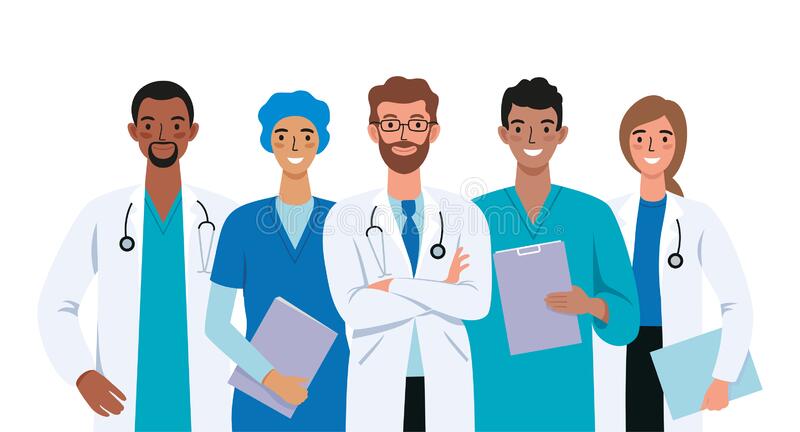 “Medicines cure diseases, but only doctors can cure patients.” This quote by Carl Jung makes sense now, more than ever. Doctors in this Covid-19 pandemic have outperformed themselves. No words, no money can express the gratitude and repay to the doctors who worked day and night to save thousands of lives. The pandemic brought an unprecedented challenge on the profession which has tested them in all the ways possible.

A disease unknown to mankind, but doctors all around the world worked towards restricting, treating, and curing the disease. Doctor’s Day in these times has gained significance manifolds and gives us another opportunity to be grateful for their contribution. The Covid-19 pandemic came with challenges that were never seen and not even thought of. But the most difficult of them was for the doctors, who had the duty and responsibility to step up and provide their services at these times of difficulties.

The task was specifically more difficult because of the rapid spread of the virus and no determined medication. To this date too, there is no antidote for curing the virus but medical researchers have successfully developed vaccines, which is the only possible solution to this worldwide pandemic.

The doctors have worked day and night, against all odds. The doctors are most vulnerable to getting the virus and many have suffered it while many have lost their lives too. They have cut themselves away from their families and loved ones to protect them and give their all to the health care system.

According to the data made available by the Indian Medical Association, as many as 776 doctors succumbed to Covid-19 during the second wave alone. While during the first wave 748 doctors lost their lives. These lives are not gone in vain; the people of our nation would always be grateful for their service and remember them in their prayers.

In the past two years, and especially during the second wave we have seen videos and social media posts of doctors feeling helpless and miserable to this virus which has taken many-many lives in front of their eyes. But they did not give up and stood for every patient until they could. The second wave was devastating and many people lost their loved ones to the virus. The doctors during this time had an extensive workload and also had immense pressure. With the failure of the healthcare system, people along with the doctors were feeling helpless.

Doctors even faced violence during the pandemic. People being frustrated and feeling helpless with the unavailability of services and losing their loved ones, lashed out on doctors. The reasons for violence can vary from fear, panic, anxiety, distrust, misinformation, and frustration. There was societal pressure on the doctors of saving thousands of lives.

Doctors also played a huge role in communicating positivity and decreasing the panic among the people. Daily on news channels and with various interviews, doctors tried to remove fear and reduce panic from people. They communicated ways to limit the spread of the virus, ways to increase immunity, detect the disease, and also techniques to overcome the disease while staying home.

Doctors have emerged as superheroes in white capes during this whole pandemic. Humanity will not forget their service and will always be in gratitude. In India, doctors were thanked, in various ways. Some called doctors Corona warriors while some honored them with a flower garland. In March last year, people all around the nation banged thalis and rang bells in gratitude to the doctors. Flowers were showered on corona warriors by IAF to express gratitude. Children from around the nation have sent cards thanking doctors for their service.

Doctors’ Day was first celebrated in India in 1991. In honor of the birth and death anniversary of the great physician and second chief minister of West Bengal, Dr. Bidhan Chandra Roy, the Government of India decided to mark July 1 as National Doctors’ Day.

Since then, this day is dedicated to paying tribute to all the doctors and frontline workers who save lives every day. Doctors Day is not just celebrated in India but also in other countries too. March 30 is Doctors Day in the USA, Canada celebrates it on May 1, Indonesia on October 24, and similarly, many other countries celebrate Doctors Day on different dates.

This Doctors Day let us all express our gratitude to the doctors who are not less than god to this humanity and pledge to be responsible by getting vaccinated and following all covid precautions to make the already difficult jobs of doctors, a bit easy.