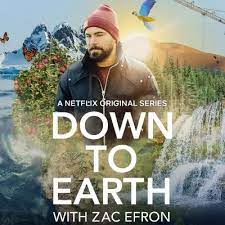 From 11 November 2022, the second season of Down to Earth is available to stream on Netflix. It is a highly ambitious nature documentary, with a complete, rounded view of Australia.

Zac Efron and his co-host and friend Darin Olien continue to work together in the second season. The pilot episode introduces the audience to their adventure throughout the southern hemisphere, the smallest continent on Earth, lying between the Indian and the Pacific oceans.

Both celebrities love to travel and have a passion for fighting climate change and promoting healthy eating and sustainable living. They fully immerse themselves into nature through plenty of outdoor adventures.

Throughout the show, they highlight efficient modes of transportation and eco-conscious accommodation. They also emphasise the importance of supporting and respecting local communities and what you can learn from them. Essentially, they promote the best choices you can consider taking if you travel to Australia.

The first season won the 48th Daytime Emmy Award for “Outstanding Daytime Program Host” as a compelling series promoting a narrative of eco-consciousness and sustainable ways of living, reconnecting and strengthening humans’ relationship with nature. Fortunately, since a few years ago, more actresses and actors are contributing to series like this, in an effort to promote greater awareness of climate action.

Efron greeted his followers and announced the series’ return on Instagram, posting: ‘Wow! Never expected this and so grateful. A HUGE thank you to #daytimeemmys @netflix and our small but powerful crew @zacdowntoearth who made this show what it is. And most of all, thank all of you for watching and enjoying D2E. This is for you. Get ready for the next adventure it’s going to be a good one. Love u guys.’

Today, an increasing number of filmmakers and storytellers are highlighting the importance of learning and nurturing our connections with the world’s fauna, climate, and overall health. They seek a revolution which would save our planet.

There is also the importance of international and national regulations. The Climate Change Bill 2022 was introduced by the Australian Government “to reduce greenhouse gas emissions by 43% below 2005 levels by 2030, and net zero by 2050”, further strengthening the country’s global leadership on blue carbon, tourism, indigenous communities, and biodiversity. Moreover, the bill aims to increase the country’s actions in line with the other nations’ efforts.

Zac,via the @zacdowntoearth Instagram, uploaded photos taken on his trip. On Earth Day, he posted: “Happy 🌎 day everyone! Here we’re learning the differences between wildfires and controlled burns and the effect fire has on the earth. Wildfires strip the carbon from the soil and release massive amounts of carbon into the atmosphere. Traditional burns, demonstrated here by the @girringunaboriginalcorp”.

"Race against the clock" to save Venice from sinking. How can such a catastrophic scenario be avoided?