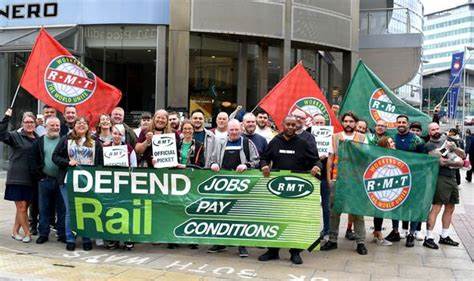 The cost of living has skyrocketed. Price hikes for food, electricity, and shelter have contributed to an inflation rate near double what was recorded during the crippling 2008 recession. A scorching summer has followed with droughts and heatwaves that have favoured tinder-like conditions for wildfires to rage rampant. And now, the numerous strikes which have occurred continue to affect many taken-for-granted services for commuters, employees, employers, and the government.

With the 2022 summer of discontent appearing to have no end in sight, it is increasingly relevant to discuss what is happening and what it could all mean for the future of the UK.

Four months ago, a Guardian article stated that this year’s industrial disputes had been the highest in five years with the frequency and intensity of strikes since growing to encompass an ever-expanding number of vital sectors underpinning the UK economy and social services.

Railway strikes have been the most impervious for disrupting the travel of summer holiday goers and daily business commuters. Last week, 40,000 workers set up picket lines around popular stations like Euston with leading officials warning that such actions could be ‘prolonged indefinitely’.

Reasonings for the strikes have focused on disputes over pay, pensions and working conditions, with many workers demanding a pay rise aligned with the current rates of inflation – presently 10.1%.

Since August 18th, fourteen Scottish local authorities have announced strikes across waste and recycling services resulting in overflowing litter and unsanitary street conditions. Alike to the railway strikes, such refuse workers are demanding a 5% increase in council pay to be on par with inflation rates.

It is now projected that strikes will continue and stretch across even more fundamental sectors including school and nursery staff, postal workers, UK council cleaners, dock workers, and exam board staff.

The effects of the strikes are pretty self-evident but have nationwide implications.

Council cleaning strikes will result in the growing accumulation of litter in the streets, setting up extremely unhygienic conditions and environmental problems that will impact us all.

Strikes amongst workers in the education and schooling sector may increase the number of days off school and thus the quality and experience of UK education.

Dock worker strikes will halt trade import-exports, resulting in lags in the supply of many goods that will have knock-on effects for many other industries - from manufacturing to pet groomers.

The list of impacts is endless and is spanning the entirety of the UK.

Business productivity and activities will slow with many companies indirectly linked to the striking organisation facing the sad choice of closure because of reduced staff and income, or may even close temporarily on strike days as a symbol of support to the workers.

Further, the stocks of supplies – food, raw and manufactured materials, cosmetics et Cetra – will experience shortages or further price hikes according to the iconic economic law of ‘supply and demand’. This will undoubtedly affect many citizens who are already struggling with the cost of living.

Last but possibly the most important incessant effect of the strikes in the future will be their impacts on the already choked UK economy. There are no winners in prolonged strikes; employers lose income, striking employees lose wages, and governments struggle to create jobs and restore trust as the growing pressures of striking unions weigh a heavy toll on political relationships.

Current times are tantalising, but to limit the duration in which industrial action will continue requires foremost an understanding of the strikes, their reasonings and laws supporting them, and to anticipate workers' demands so that they can be negotiated and resolved effectively as to mitigate against the need to even consider striking.