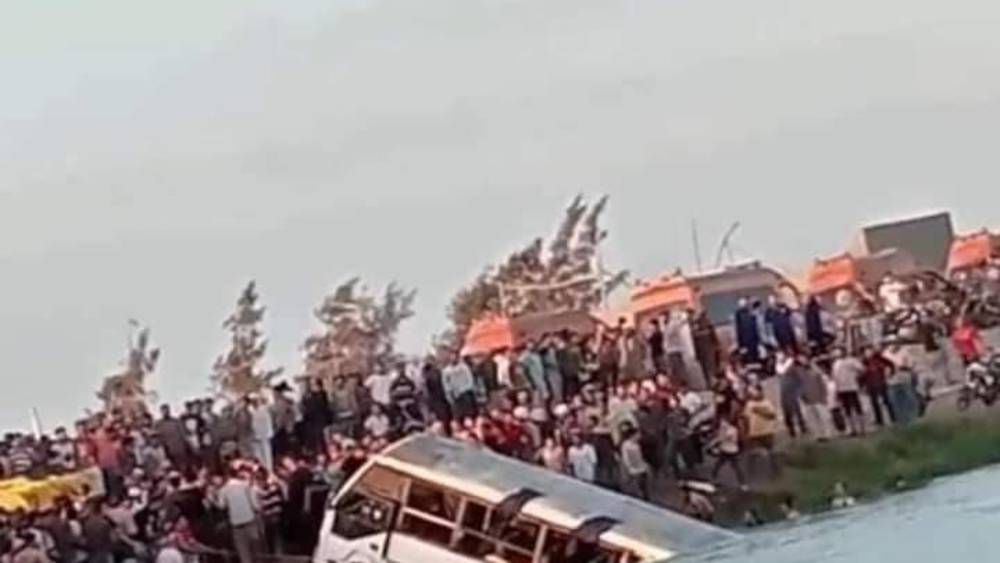 The peace Canal Road connecting Damietta and Dakahlia governorates in Egypt witnessed a tragic incident and a terrible accident. On July 13th, a minibus carrying 30 children on their way to their Quranic School fell into the canal. This resulted in the death of 4 children and the injury of 11 others, according to local Egyptian media .

Momentarily, the Dakahlia security agency received a notification from the warden of the Jamaliya police station that a minibus fell into the water of the peace canal that passes between the governorates of Dakahlia and Damietta, along with the news of occurring injuries. To assist the river rescue forces, more than 7 ambulances from the governorates of Damietta and Dakahlia were dispatched to the scene of the accident. Then, the injured were transferred to the hospitals of Al-Jamaliya, Manzala and Damietta Central for treatment.

Preliminary investigations revealed that the accident resulted from the misalignment of the steering wheel by the driver's hand during the return of children from their Quran learning sessions to the village of LESA Al-Jamaliya.

His Eminence Imam Ahmed al-Tayeb, Sheikh of Al-Azhar Al-Sharif, offered his sincere condolences and sincere sympathy to the families of the victims of the Peace Train Bus, which sank last Wednesday evening, resulting in the deaths and injuries of the young learners. He called on the Almighty to have mercy on the martyrs of the Quran, to bind the hearts of their relatives and loved ones, inhabiting the higher paradise, and to grant the injured a speedy recovery.

The imam directed the leadership of Al-Azhar Al-Sharif to take the necessary measures to disburse urgent sums of money to the families of the deceased and injured, while providing monthly financial subsidies to those in need, and providing the necessary health support for the injured taking care of surgeries and medical supplies at Al-Azhar University Hospitals.

Dr. Wael Abdel Aziz, director of the social solidarity administration in Dakahlia governorate, pointed out that the numbers of the deceased and injured in the accident are currently being counted. He further explained that it was decided to disburse assistance in the amount of 8000 pounds for each death, and an amount of 2000 pounds for each injury case. Additionally, the affected families were to be registered on the Takaful and Dignity program and provided the necessary assistance.