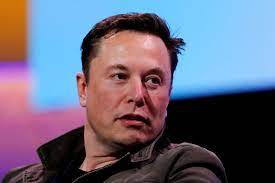 On Tuesday, the Delaware Court ruled in Twitter's favor to move up the trial date to force Musk's acquisition of the company.

The five-day trial will now occur in October. Musk had requested the prosecution to take place next year due to the case's complexity.

Twitter is trying to force Musk to comply with his April promise of buying the social media company for $44 billion. The company wants the trial to happen quickly because it believes the dispute will hurt Twitter's revenue.

In April, the billionaire agreed to privatize Twitter and buy the company to promote free speech and increase public trust. But earlier this month, Musk's sent a letter to Twitter's bored, complaining that the company failed to provide adequate information on the number of "fake or spam" accounts on the platform.

In response, the board chair of Twitter, Bret Taylor, tweeted that the board is committed to closing the transaction at the previously agreed price and would pursue legal action if necessary.

Days later, Twitter filed a lawsuit seeking to hold Musk to his deal of paying $54.20 per share for the company ($44 billion in total). The social media company said Musk "refuses to honor his obligations to Twitter and its stockholders because the deal he signed no longer serves his personal interests."

Though Musk insists that his reason for backing out lies in Twitter's dishonesty about spam accounts, the company thinks otherwise. When Musk announced plans to buy Twitter in April, its stock was trading over 38% more than when the billionaire removed himself from the deal.

Savit said Musk's critiques of the company's dishonesty were harming its business, proposing that the billionaire was purposefully damaging the company and "banking on wriggling out of the deal he signed."

But Musk's attorney, Andrew Rossman, asserted that Musk has no interest in hurting the company. Though he argued for a later trial, the court sided with Savit and Twitter by scheduling the proceeding in October.