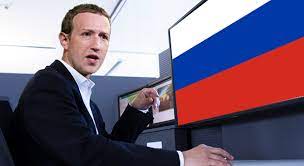 Russia officially confirmed the categorization of Meta as a terrorist and extremist organization on Monday. The country's own Interfax, Rosfinmonitoring, which happens to be Russia's financial monitoring agency, included the U.S.-based tech company in a list alongside Taliban and Russian opposition representatives.

As per reports, the decision has come after much deliberation on the Russophobia that has taken over the platform since Russia's invasion of Ukraine. Authorities were offended that the company's flagships, Facebook and Instagram, tolerated hate speech directed against Russians. In March, such complaints came to the forefront during a courtroom face-off between Russian authorities and Meta's representatives.

Meta reportedly violated its own rules and ignored about 4500 takedown requests. It did nothing to eliminate fake calls that claimed to reveal details about Russian military operations. The organization's team stood on the bench as its consumers attempted to mobilize unauthorized rallies. The users reportedly threatened the lives of Russian President Vladimir Putin and Belarusian President Alexander Lukashenko.

However, Facebook and Instagram's parent company appealed against the March ruling, which amounted to no change in the verdict. The Moscow city court brushed off two Meta users who claimed that their lives had been altered because of the previous ruling. It also maintained that Meta's social media platforms would continue to be banned in the country. Facebook's blocking of pro-Russia social media accounts has also not landed well with the stakeholders.

In the past, Meta had assured that it had been more tolerant towards Ukraine's users as if they "applied their standard content policies without any adjustments, they would now be removing content from ordinary Ukrainians expressing their resistance and fury at the invading military forces, which would rightly be viewed as unacceptable." The President of Global Affairs at Meta maintained that their approach never legitimized hate or violence directed at Russia.

As the ruling remains unchanged, it must be noted that the initial ban had its loopholes in implementation. Russian civilians continued to access Facebook and Instagram through virtual private networks. According to a study covered by Republic World News, the most popular VPN apps have been downloaded over 12,000 times in Russia since February. Russia's launch of the invasion of Ukraine was followed by a 3500% spike in profits earned by VPN companies.

Despite such public tendencies to break through imposed bans, the recognition of these sites as terrorist forums might have legal implications for the ones who continue to use them. The Russian government has clamped down on several news media portals in the last few months, and Meta has been its most recent target. How the categorization will be reflected in federal measures has not been clarified yet.

If stringent laws are implemented to prevent Russian civilians from accessing Meta, Facebook, and Instagram, it will disconnect the country from anything beyond its borders. While the decision paints the grayness that resides in the formulation of Zuckerberg's fact-checking policy claiming to protect its users, it also represents Russian isolation at present.