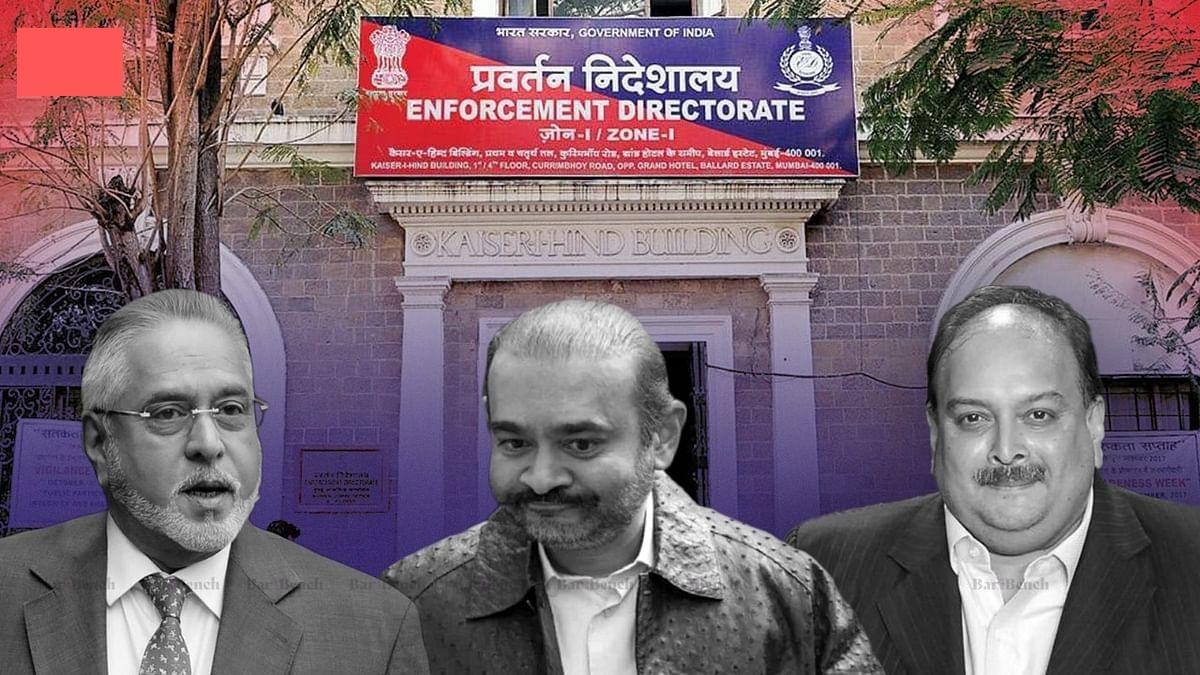 The ED stated in a tweet on Wednesday morning that Enforcement Directorate not only seized assets worth Rs 18,170.02 crore which is 80% of the total losses to banks in the money laundering case related to fugitive businessman Vijay Mallaya, Nirav Modi, and Mehul Choksi under Prevention of Money Laundering Act, 2002 but also transferred part of the seized assets worth Rs 9,371.17 crore to the PSBs and Central Govt.

The total amount defrauded in the laundering case by Vijay Mallaya, Nirav Modi, and Mehul Choksi is Rs 22,585.83 crore among which properties worth Rs 18,170.02 crore have been attached by Enforcement Directorate. As of today, out of total seized assets of Rs 18,170.02 crore under the provision of the PMLA, 2002, assets worth Rs 329.67 crore has been confiscated, and assets of Rs 9,041.5 crore which is 40% of the total loss incurred to the bank have already been handed over to the banks, The ED stated in a press release.

During the investigation based on FIR by the Central Bureau of Investigation (CBI), the ED has taken prompt action by unearthing the web of international and domestic transactions and hiding the assets abroad. The CBI has also proved during the investigation that these three accused businessmen used dummy entities controlled by them for rotation and to draw off the funds provided by the banks. Out of the total seized assets of Rs 18,170.02 crore which includes assets worth Rs 969 crore fixed in foreign countries.

With the help of the Enforcement Directorate, PSBs have also recovered Rs 1,375 crore of the losses by selling the shares earlier. Therefore, the banks shall receive a total amount of Rs 9,041.5 crore by the end of the week through selling a part of assets that have been seized by the ED under the provisions of the Prevention of Money Laundering Act, 2002. As of now, assets of Rs 8,441 crore have been transferred to the banks and another Rs 800 crore is to be transferred by June 25 as per the court orders.

The prosecution filed complaints along with extradition requests to the United Kingdom, Antigua and Barbuda against all the three accused fraud businessmen after the completion of the Prevention of Money Laundering Act investigation. The extradition of Vijay Mallaya has been ordered by the Magistrates Court and confirmed by the UK High Court. Since Vijay Mallayas permission to file an appeal in the United Kingdom Supreme Court has been denied, his extradition to India has become final.

The Magistrates Court has also ordered the extradition of Nirav Modi to India. According to the official sources, he has been in London jail for the last two years and three months based on an extradition request by India. Moreover, the PMLA Court in Mumbai declared Nirav Modi and Vijay Mallaya as Fugitive Economic Offenders.

Recently, the Enforcement Directorate transferred the seized shares worth Rs 6.660 crore to the State Bank of India (SBI) which led the consortium according to the order of Prevention of Money Laundering Act (PMLA) Special Court, Mumbai. The Debts Recovery Tribunal (DRT) has sold the shares of Rs 5,800 crore of United Breweries Limited under the anti-money laundering law against Vijay Mallaya. The transferred seized assets also include real estate properties and other assets of the fraud fugitives businessman.