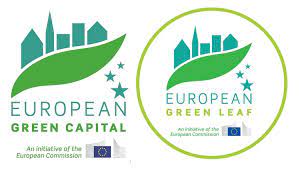 The Spanish city of Valencia, Velenje in Slovenian, and Elsinore in Denmark became Europeans frontrunners by winning the 2024 Awards. The announcement was made at the ceremony in Grenoble, France.  These are some of the important fronts of the ecological goals made so far, in order to build a greener Europe and restore its natural ecosystem:

The Award ceremony comes on Wednesday 26 October 2022, at a timely moment when the EU Commission proposed rules on surface and groundwater pollutants, tackling urban wastewater and ambient air. There’s also been a stark shift in public knowledge about the climate action countries have been taking for many years. Indeed, winning the award for being the greenest capital in the EU has many benefits, including:


How will the green deal work? One major aspect of the Green Capital Award relating to the Green Deal is to put its directives under political pressure. To overcome the challenges the EU have proposed: no net emissions of greenhouse gases by 2050, economic growth decoupled from resource use, and no person or place left behind.

In part, one of these initiatives is the Green Award. A disruptive change is required. Indeed, it is a great way to create environmentally friendly urban living cities. Additionally, other efforts include the Zero Pollution Action Plan and New European Bauhaus.

Timmermans: the EU needs to act to restore nature now