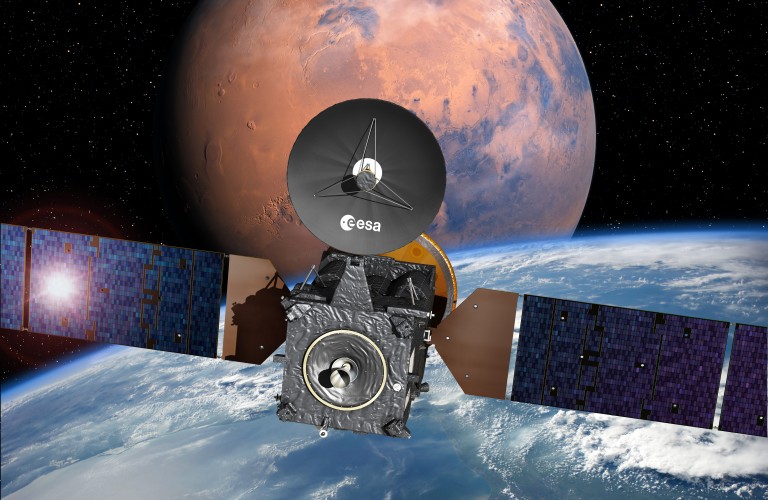 It was announced last week by the European Space Agency (ESA) that the ExoMars mission has been suspended. The task force was attended by Roscosmos, which is Russia's space agency. The goal was to send the Rosalind Franklin probe in September this year to Mars.

However, there was a unanimous vote among the members of the ESA Council, which determined the separation between Roscosmos because of the invasion in Ukraine. The Russian space agency spoke in a statement saying it recognized the current impossibility of carrying out cooperation. He added that it is in line with the sanctions imposed by Russia.

"As an intergovernmental organization tasked with developing and implementing space programs in full respect of European values, we deeply regret the human casualties and tragic consequences of the aggression against Ukraine," Roscosmos said in a statement.

ESA had already stated last month that the launch of the Rosalind Franklin probe had a high chance of not happening. The reason was still political issues. Currently, the suspension of the ExoMars mission also involves the conflict between space agencies that encompass the context of the war.

The Rosalind Franklin probe is part of the ExoMars mission. The main goal is to find traces of any life that existed on Mars. For this to happen, the machine must collect soil samples from the Planet at a depth of two meters. According to ESA, finding these samples is essential. Through the subsoil, the chances are greater of locating clues of life that were kept there. The chances of finding something on the surface of Mars are remote because of solar and cosmic radiation.

Roscosmos' job would be to provide the launch pad and proton rocket. The two are essential to launching the Rosalind Franklin probe into space, which also has several Russian types of equipment. The ESA Council decided to organize a strategic plan to replace Russia's absence. Thus, the Director-General of the Agency, the astronomer and executive of Austria, Josef Aschbacher, began to research to find the ideal options to continue with the ExoMars mission.

One of the alternatives would be a collaboration between ESA and NASA. That was the initial plan of the European Space Agency. However, NASA dropped out of the program. But according to Aschbacher, the U.S. agency has again expressed interest in supporting the ExoMars mission. Because of this restructuring, Aschbacher believes that the launch of the probe should take place only after 2026.

In addition to the ExoMars spacecraft, Russia has also suspended Soyuz rocket launches at the French Guiana Space Center. This happened in February of this year. There, the use of the launch base is done by ESA. Russia also removed the entire team from the site.

This was the result of European sanctions that impact, for example, Russia's energy, transport, and financial sectors. Then five other ESA missions were canceled and forgotten. Two of them were Galileo navigation launches, a reconnaissance satellite from France, the Euclid space telescope, and EarthCARE satellites. The ESA Director General also revealed that several options are being evaluated for the launch of each of these missions.