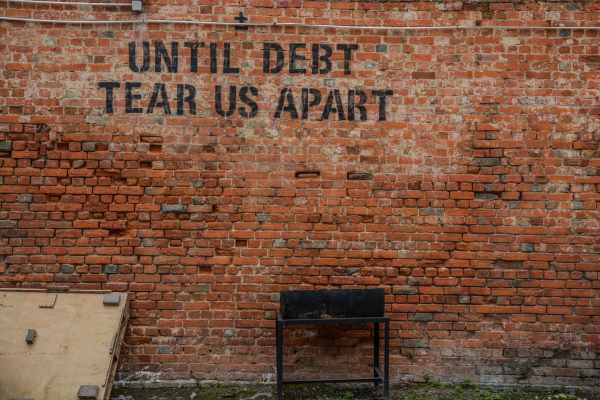 Thousands of students that were enrolled in for-profit Corinthian Colleges will get their federal student loans canceled, the Biden administration stated ending one of the harshest cases of fraud in higher education.

Anyone who attended this chain of colleges will get their student debt cleanly removed. Over $5.8 billion of debt will be erased, an amount that was accumulated by over 560,000 borrowers. The action presents the largest discharge in the Education Department's history according to the agency.

“As of today, every student deceived, defrauded and driven into debt by Corinthian Colleges can rest assured that the Biden-Harris Administration has their back and will discharge their federal student loans,” Education Secretary Miguel Cardona said today. “For far too long, Corinthian engaged in the wholesale financial exploitation of students, misleading them into taking on more and more debt to pay for promises they would never keep."

Thousands of students who were attending these higher education institutions were eligible for the cancelation already, but they had to go through a difficult application process that included large amounts of paperwork that advocates said was “confusing and unknown.”

Attendees who have a remaining balance on their Corinthian account will be refunded for the payments that they made; the Education Department stated.

When it was thriving, Corinthian was one of the largest for-profit college companies having more than 100 campuses across the United States.

Corinthian was shut down in 2015 after multiple accounts of fraud have surfaced. During the Obama administration, an investigation found that campuses were falsifying data when it comes to the percentage of students that graduate. In some instances, the schools reported that graduates found jobs in their field while in reality, they were working in fast food chains and grocery stores.

Many students confessed to investigators that they were forced to register only to end up with large amounts of debt while having college credits that cannot be transferred to other schools.

The Obama administration expanded the borrower defense to the repayment process after promising to forgive the student loans to Corinthian students. The defense process allows any defrauded student to apply for the cancelation of their debt.

Due to the rise in debt cancelation applications and the struggles within the political process, the procedure amounted to a years-long backlog which severally affected former Corinthian students who were waiting for the removal of the financial burden.

The administration is considering a broader student loan forgiveness impact with President Biden currently supporting the $10,000 debt relief for all borrowers, an action that in his view should go through Congress while his White House staffers are weighing the option of pursuing it through executive order.

The Vicious Cycle of Poverty in India