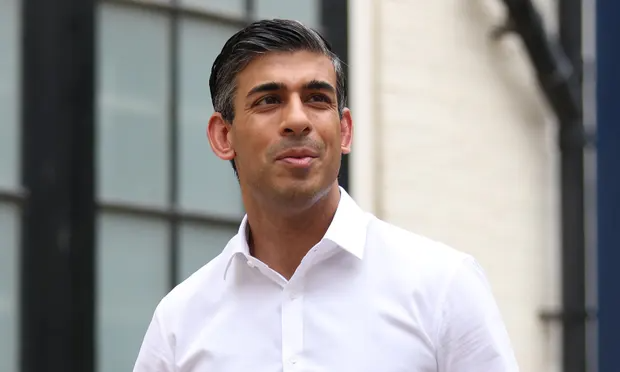 Rishi Sunak resigned as UK finance minister in July 2022, admitting that it could be his "last ministerial job. Cut to the chase in October, Sunak was elected as the United Kingdom's next Prime Minister. He succeeds Liz Truss, whose tenure lasted only 45 days. He has been the fifth Conservative Party leader elected in the last six years for a prime position. Sunak was elected leader of the ruling Conservatives on Monday, defeating rival contender Penny Mordaunt, who did not receive enough nominations from Tory MPs.

Sunak was born in Southampton to Indian parents who immigrated to the United Kingdom from East Africa in the 1960s. He only has Indian roots, and he is a born Britisher. He attended Winchester College, studied philosophy, politics, and economics (PPE) at Lincoln College, Oxford, and earned an MBA from Stanford University as a Fulbright Scholar. Sunak began his career at Goldman Sachs and later became a partner at the hedge fund firms The Children's Investment Fund Management and Theleme Partners.

Sunak will be the first Hindu Prime Minister of the United Kingdom. While on campaign, he has been performing gau-puja. He will also be the first person of colour to serve as Prime Minister. His ascension to power has been the most rapid in modern history. That amounts to a little more than seven years. Along the way, he served as Prime Minister Boris Johnson's Chief Secretary to the Treasury and Chancellor of the Exchequer.

Rishi Sunak and his wife, Akshata Murthy, made the Sunday Times Rich List. The couple recently joined the UK rich list and will both be included in the category in May 2022. Sunak is the husband of Akshata Murthy, the daughter of Infosys founder NR Narayana Murthy. Rishi Sunak has been involved in politics since 2010. Sunak was elected to the UK General Election from Richmond in 2015. (Yorks). During former Prime Minister Theresa May's second term, the 42-year-old worked as Parliament's Under-Secretary.

Sunak was elected to the House of Commons in 2015 as the Member of Parliament for Richmond in North Yorkshire, succeeding William Hague. Moreover, he served as a member of the Environment, Food, and Rural Affairs Select Committee and parliamentary private secretary at the Department for Business, Energy, and Industrial Strategy from 2015 to 2017. Later, in 2019, he served as Treasury Chief Secretary in the Boris Johnson government. Sunak was appointed Chancellor of the Exchequer in 2020, the country's second most important position.

Sunak has now staged a stunning political comeback and vowed to do the same for Britain as it faces decades of high inflation, rising borrowing costs, and an impending recession. He also faces the difficult task of uniting a divided and infighting party.

Amidst the battle between heating and eating, Britain urgently needs to commit to nuclear power.