Family of 4 Dead in Murder-Suicide 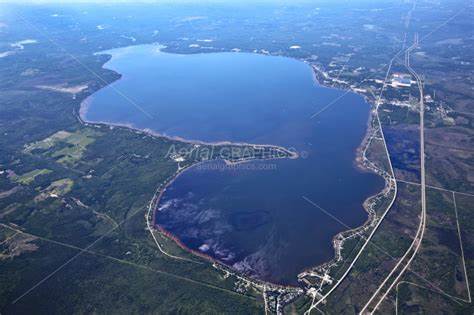 Four people were found dead in Roscommon County, Michigan in what authorities claim was a murder-suicide situation. All of the family members were found by the police with gunshot wounds, but the shooter was not identified, so it could have been any one of the members that pulled the triggers. Or, they could have each pulled them individually, the authorities are just uncertain at this point and won’t say anything more about this aspect.

On June 24th, one of the family members (Tirany) filed a personal protection order against her husband (Bo), but on June 27th the order was denied by the court because of ‘insufficient evidence’. Sources are still unclear whether or not Tirany challenged the court’s decision. In her Personal Protection Order Petition, she claimed infidelity to be the reason for the protection order.

Tirany claims that she offered Bo a civil divorce, but she denied the proposal and left the domicile. He threatened her and got friends to do as well according to Tirany, and then her husband began to throw things around the house violently. Eventually, he purchased a firearm and warned Tirany that he was going to ‘blow his brains out’ if she continued down the path of divorce. Also, Tirany claimed that her husband threatened to kill her or physically injure her.

The court claims that the petition was denied because they didn’t believe there was sufficient evidence to show that she or her family was in immediate danger or injury. The court suggested that she file a restraining order in the future.

On July 10th, police arrived at the domicile at 3:30 am and saw a tragic display. A family of four in their house was dead and it wasn’t clear what had happened to make it happen. The prevailing theory by the authorities is that the father shot his wife seeking a divorce, their child, and his mother-in-law. Then in his pain and anguish, he decided to take his own life in the same area.

The bodies recovered were Tirany Lee Savage (35), the wife seeking a divorce and protection order because of her abusive cheating husband; Bo Eugene Savage (35), the husband who is most suspected of starting the tragic events. Kim Lynnette Ebright (58), Tirany’s mother; and Dayton Cowdrey (13), Bo and Tirany’s teenage son.