Farmers Call For A Countrywide Protest: Government Assurances Not Enough 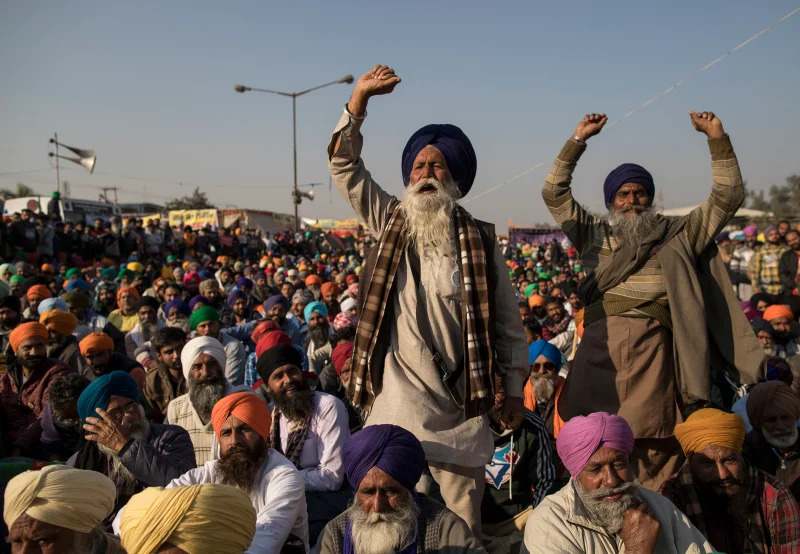 Farmers in India gathered on the streets of the country's capital on August 22nd, restarting protests against farm laws that had swept the country between 2020 and 2021. Earlier in November 2021, a compromise was made between the demonstrators of Kisan Andolan and the government, putting an end to the year-long struggle against the three controversial agriculture laws.

These laws were repealed, and it was assured that the protestors would be compensated with the setting up of a panel to discuss a farmer's legal right to minimum support prices and the withdrawal of impending cases against the revolters. However, as alleged by the stakeholders, the promises were not met. While a committee was formed only in July 2022, it did not state intentions to legalize any guarantee.

The farmers' community gathered at Jantar Mantar in Delhi on Monday and Tuesday and was met with police intervention. If reports are to be believed, the Sanyukt Kisan Morcha, an Indian farmer's union formed with the sole purpose of revolting against the farm laws in the month of November 2020, intends to continue the movement until the demands are fulfilled. In the past, the same concerns led to many agricultural workers losing their lives while on the streets for a prolonged period of time under the scorching heat.

Revisiting the backdrop, the agitations between the end of 2020 and that of 2021 were aimed against the unjust triad of laws that placed farmers at the mercy of capitalistic corporations, robbing them of agency over their produce. The three acts were meant to introduce farmers to larger bodies of sponsors who would buy and market the goods across the country, cutting direct contact between the producers and the buyers.

While the government promised that such modifications would increase a farmer's income, the community was largely ill-informed and not consulted. Although several ministers had claimed that outreach programs had been conducted to inform the farmers, a response to an RTI filing by NDTV revealed that the government had no information about the same.

The past situation remains relevant in the heightened anxieties that continue to bring farmers from different states to Delhi. The association trusts its previous win in forcing an end to the deregulation of markets. Consequently, the fresh protests are telling of its refusal to negotiate on its wants. After eight months of speculation, waiting, and silence, banners, slogans, and unrest abound in the streets of the Indian capital to express that hollow promises would not be enough.