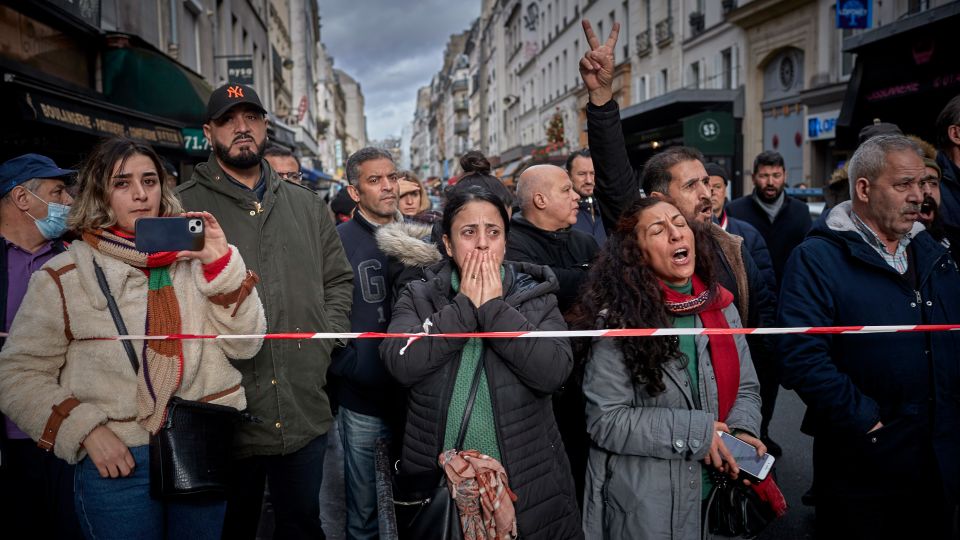 Three people were killed and another four were wounded last week, Friday, December 23, at the Kurdish Cultural center in the Place de la République, Paris, right before Christmas.

A 69-year-old Parisian man walked silently and calmly with a pistol into the community center. Then he went into a hair salon and restaurant nearby, according to a witness statement from Associated Press before bystanders intervened and stopped the shooter. The center’s lawyer confirmed all of the victims as Kurdish.

The Kurdish community, activists, and even French President Emmanuel Macron assume it to be an attack on foreigners, with the suspect having previous charges of “premeditated, armed violence of a racist nature” at a migrant camp earlier this year, also in Paris.

Although this crime has not yet been declared a terrorist attack, it is clear that there were racial motivations behind the crime with Macron tweeting “The Kurds of France have been the target of a heinous attack in the heart of Paris.” 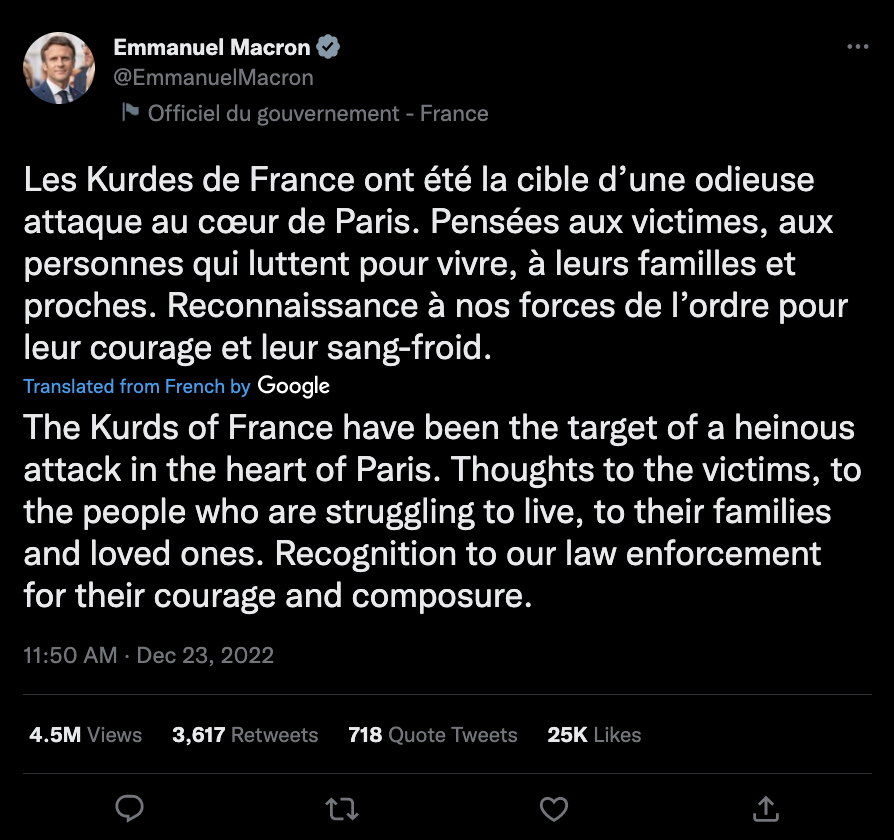 He was released earlier this month on December 12 “under judicial supervision, [and was] ordered to get psychiatric care and banned from carrying weapons” according to Associated Press.

Many activists in Paris were upset about his release and feared another attack would come from him, and it did.

After the suspect was arrested on Friday, French Interior Minister Gerald Darmanin arrived at the scene, and members of the local Kurdish and supporters gathered to protest against the lack of policing and violence that took place against this group of people.

The suspect is said to have been working alone and he was not registered on any radicalism watch lists surveilled by the police according to Darmanin.

This center in Paris is “like the embassy for Kurds in Paris” said activist Murat Roni, and this speaks to the insufficient police protection of migrants and other people of color in Paris. He said that “We don’t feel defended by the French justice system. It’s clearly the Kurds who were targeted.”

The Kurdish Democratic Council in France (CDKF) scheduled a march in central Paris on Saturday, December 24, sanctioned by the Paris Police Department. However, it was called off early due to the violence, and injuries, and to minimize any more damage to the city. 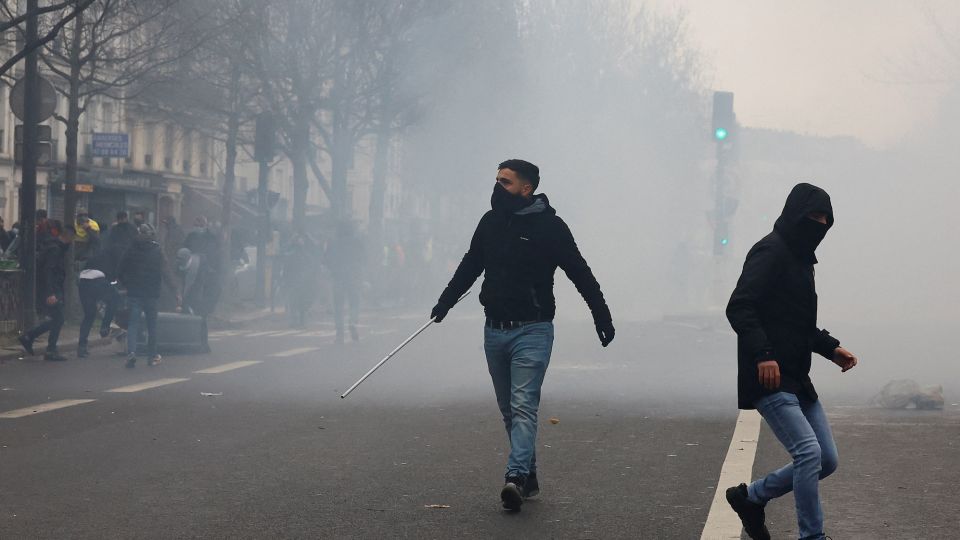 Some Kurdish supporters and members of the community stayed at the location of the march to protest, and eventually, the police had to release teargas to try and calm the crowd after cars had been overturned, fires had been started, and people were getting hurt. These past two days in Paris were filled with upset and angry protestors in the area where the attack happened insisting that there needs to be more policing and protection for foreigners in Paris.

The Kurdish community is heartbroken and devastated about the deaths and violence that occurred against their people, and in time, will see if the police and French justice system will take action to protect foreigners as much as Parisians.

Police Reform: What Is It & Will it Work?