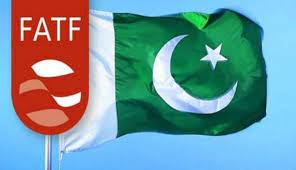 FATF's, a Paris-based plenary, held a virtual meeting. Delegates of 205 member organizations of the Global Network attended it with observers such as the International Monetary Fund, the United Nations, and the Egmont Group of Financial Intelligence Units.

According to FATF (Financial Action Task Force), Pakistan has to provide additional evidence that it is conducting investigations and trials against the leadership of UN-designated terrorist groups, which include Lashkar-e-Taiba, Jaish-e-Mohammed, al-Qaeda, and the Taliban. During a press conference, FATF president Marcus Pleyer stated Pakistan remained under increased surveillance.

The Paris-based financial watchdog has urged Islamabad to take steps related to combating money laundering and financing terrorism. The FATF has been monitoring Pakistan more closely since June 2018.

Following its three-day hybrid plenary, which began on October 19, the FATF announced its decision at a press conference on Thursday. Delegates pitched the issues related to money laundering and terrorist financing at the plenary. After the Plenary session, FATF announced the 'grey listing' of Jordan, Mali, and Turkey.

"The Pakistan Government has two simultaneous action plans and 34 action plan items in total. At least 30 of the items have been addressed or largely addressed. The FATF's latest action plan from June this year focused largely on money laundering deficiencies, after APG, the FATF's regional partner, identified several serious issues," explained Dr. Pleyer.

In June, the FATF had placed Pakistan on its list of "jurisdictions under increased monitoring" due to its fault in prosecuting top operatives of the Security Council-designated terror groups.

“The FATF acknowledges Pakistan’s progress and efforts to address these CFT (Combating the Financing of Terrorism) action plan items and observes that since February 2021, Pakistan has made progress to complete two of the three remaining action items on demonstrating that effective, proportionate, and dissuasive sanctions are imposed for TF [Terror Financing] convictions and that Pakistan’s targeted financial sanctions regime was being used effectively to targeted terrorist assets,” it had said.

Using the remaining FATF recommendation, Pakistan wanted to demonstrate that its investigations and prosecutions of terror financing targeted senior leaders and commanders of U.N.-designated terrorist groups.

Hammad Azhar, chairman of the National FATF Coordination Committee, led the Pakistan delegation at the meeting.

In collaboration with FATF and its international partners, Pakistan is fully committed to completing both Action Plans. According to the statement, the international community is widely aware of the high status of political commitment driving its revamped AML/CFT regime.

As a crucial member of FATF, the U.S. expressed urgent concerns earlier this year regarding the acquittal of those involved in the abduction and murder of journalist Daniel Pearl in 2002.