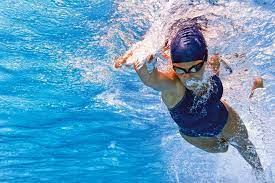 FINA, the world governing body for swimming, voted in favor of rules preventing male-to-female transgender athletes from competing in the women’s division on Monday.

71% of FINA supported the legislation prohibiting transgender females from competing in women’s swimming if they have experienced any physical part of male puberty. Swimming is the first sport to impose a worldwide ban on the participation of transgender athletes.

The new policy requires transgender women to provide evidence of having not experienced male puberty beyond Tanner Stage 2 or before age 12. In the definitions section, the document identifies Tanner Stage 2 as the onset of puberty.

FINA states that the policy's objective is to separate men’s and women’s categories according to scientific criteria to ensure fairness in competition. In addition, the group argues that sex-based criteria are necessary when determining eligibility due to the performance gap between males and females in competitive swimming.

After her victory, Thomas faced accusations of having an unfair biological advantage over cisgender women who competed against her.  Amongst protestors included Idaho state Rep. Barbara Ehardt, who helped write the first law restricting transgender athletes’ participation in the division that adheres to their gender identification.

Since the ban enacted by Idaho in 2020, 18 states have joined in passing similar laws. Last month, South Carolina became the latest state to enact a prohibition against transgender students from competing in women’s sports in public schools and colleges.

The debate is a common point of contention in the Title IX discussion. The law, which just reached its 50-year-anniversary, forbids discrimination based on sex. Title IX ensures equity between men and women and has been used to protect the rights of the LGBTQ community.

To address these discrimination concerns, FINA said it hopes to develop an “open” category in the future for swimmers who don’t meet the criteria for men’s or women’s divisions.