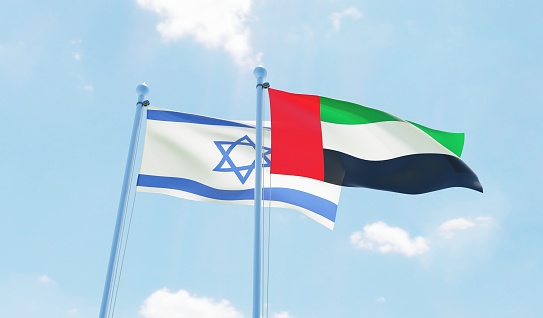 The first official visit of Bennett with the crown prince of UAE, Sheikh Mohammed bin Zayed al-Nahyan was made to talk about the economic and commercial ties between both countries.

A Normalization Agreement was signed between both countries last year. Officially known as “Abraham Accords”, talks about declaring Peace, Cooperation, and Constructive Diplomatic and Friendly relations between the two states. The Abraham Accord was brokered by former US President, Donald Trump.

According to Bennett, after signing the Normalization Agreement they have already seen an extraordinary potential between the Israel-UAE partnership. “This is just the beginning” he added.

Bennett was received by the crown prince at his palace. Bennett appreciated the hospitality he received after he arrived in UAE. “I'm very excited to be here... as the first official visit of an Israeli leader here. We are looking forward to strengthening the relationship," he said.

Bennet’s trip was concerned with the struggling backdrop of Tehran’s nuclear talks in Vienna and deepening the economic and regional ties between UAE-Israel.

The Iran nuclear deal was a preliminary agreement between Iran and the world powers i.e., the US, UK, Russia, China, France (permanent members of UN Security Council) plus Germany.

Amid the Vienna talks, Tehran was given a last chance by the British Foreign Secretary Liz Truss to come up with the idea to save the deal i.e., JCPOA, but that would be its last chance.

After the statement of the world powers, Tehran’s negotiator Ali Bagheri says the UK, France, and Germany ‘failed’ to resolve the removal of sanctions.

Although Tehran claims that its nuclear programme aims to provide peace, Israel and UAE share fear over Tehran’s nuclear activities. The ties between both countries could lead to tensions with Tehran.

Israel is determined to prevent Iran from having nuclear weapons. Israel spread apart its diplomats to meet the allies in Europe, the Middle East and the US to provide a harder approach towards Iran.

In 2018, Donald Trump had unilaterally withdrawn the US from the nuclear programme and had put sanctions against Iran.

The talks in Vienna aims to bring the US back to the nuclear deal and make Iran return to complete its commitments and duties.

Bennett declared the Vienna Talks to be “halted”, accusing Tehran of “nuclear blackmail”.

Sudan, Morocco and Bahrain have also stepped up to make ties with Israel. This move was criticised by Palestinians. According to Hamas the deepening ties between UAE and Israel is considered as a “stab in the back of Palestinians”.

Hamas spokesman Hazem Qassem states in a statement that the UAE-Israel agreement does not serve the rights of Palestinians. The agreement supports the violence shown by the Israelis towards the Palestinians and to even continue this crime against them.