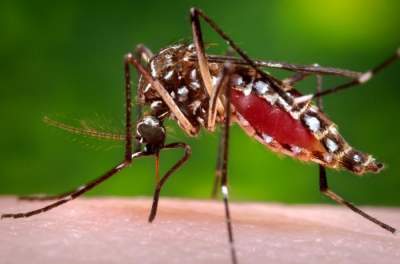 A 50-year-old woman in Pune, Maharashtra, contracted the Zika Virus on July 31. She is the first person in the entire state to carry the virus.

As of now, the Centre sent a team from the MoHFW (Ministry of Health and Family Welfare) to help in the treatment of the woman. She has now recovered completely and none of her family members have contracted the virus. She also had Chikungunya along with Zika and had to receive treatment for both. The case was confirmed by The National Institute of Virology, Pune.

Apart from Maharashtra, Kerala currently has people who are infected with the virus. The virus in Kerala was found on July 8. The Centre also sent a team to Kerala to monitor the situation. As of now, more than 60 people are infected. The first time the Zika virus came to India was between 2016-2017 where there was an outbreak in Gujarat. There were also cases in Tamil Nadu. In 2018, there were 120 cases in Madhya Pradesh and 150 cases in Rajasthan.

The first time the Zika Virus was discovered was in 1947. A rhesus monkey in the Zika forest of Uganda was found to have the virus. Then in 1952, a human was found to have it. Since then, the virus has been found in both the American continents, Asia, and the Pacific along with Africa. It appeared randomly among people. In 2007, the first recorded outbreak of the Zika virus occurred in Micronesia. It belongs to the flavivirus family.

The virus is transmitted by the Aedes mosquito. It is the same mosquito that can cause yellow fever, chikungunya, and dengue. The virus can be transmitted sexually, through organ transplants and from pregnant women to their fetuses. It can cause deformities in children if the mother is found to have the virus when she is pregnant. The baby might also be stillborn or the fetus might be lost because of the virus.

People who do have the virus do not experience any symptoms. At most the symptoms include rashes, fever, and headache. Hospitalization is very rare. Death is even rarer. But if the person is pregnant, chances are the newborn will have brain defects like mircrophely. Blood or plasma is tested in the laboratory for any virus strains.

As of now, there is no vaccination available for the virus. Usually, people with the virus are also tested for chikungunya and dengue. Transmission of the virus can be reduced by keeping the patient away from mosquitoes so that the mosquitoes don’t carry the virus and infect other persons.

If someone has the Zika virus, they should take as many fluids as possible, and avoid having any inflammatory medicine. The possibility of getting the virus is low, but if you travel to tropical or subtropical countries, it can increase. The best way to avoid it is to wear clothes that hide your skin from exposure while you go to a place where there might be mosquitoes. Mosquito repellents are effective against mosquitoes carrying the virus.