Flood Risk Being A Serious Concern 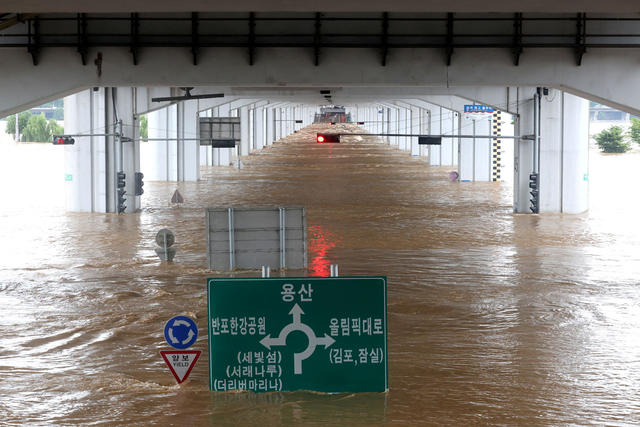 As of now, Seoul, South Korea is experiencing unprecedented flooding.

According to Gowan Bae and Jessie Yeung, CNN the torrential rain subsided on Wednesday, but already-flooded areas could see another 300 millimetres (11.8 inches) of rain through Thursday, potentially leading to more flooding and mudslides, forecasters warned.

South Korea's Interior and Safety Ministry stated that three of those killed were trapped in a flooded semi-basement. However, 17 people were injured, and at least seven are still missing.

Sangmi Cha and Jeong-Ho Lee reported that it is the worst storm to hit Seoul in 80 years and has killed eight people.

It is very concerning, and we should consider how old the planet is. Numerous factors influence the massive flood, including climate change, sea level rise, and Antarctic ice melt.

Flood losses are significant yet devastating flood occurrences that occurred in the past as a result of fast growth and environmental degradation are rapidly forgotten, with people opting to view only the good benefits of a thriving economy while ignoring its bad consequences.

Hence, the government must implement policies to prevent flash floods.

According to Karl (2021), there are five flood-prevention methods and advice to help you avoid a flood. First and foremost, introduce a better flood warning device so that people have more time to prepare for and respond to flash floods. It can also save more lives by issuing a warning in advance.

Other than that, to avoid flood damage, design a structure one meter or higher above ground. Consequently, floods can be avoided by restoring rivers and cleaning up the drainage. Because the rivers will be restored to their original state and the drainages will be clean, the flow of water can be controlled, and harm may be avoided. Lastly, add flood barriers to control flooding. Water can also be contained, and property damage can be avoided.