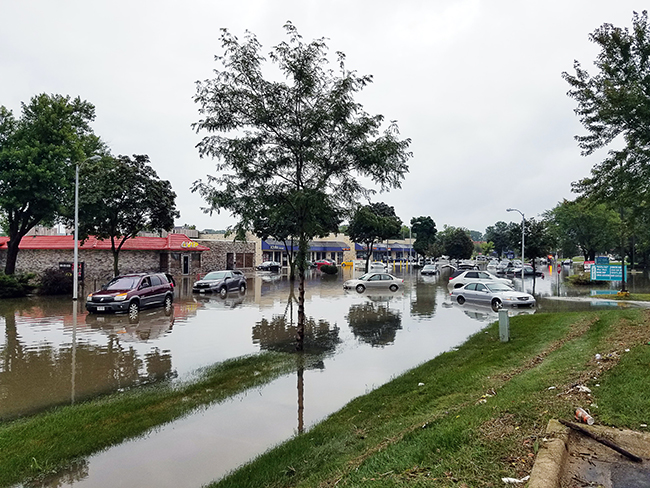 In 2021 the Canadian provinces experienced a lack of rain, also known as a drought. According to Nick Pearce through the StarPhoenix, farmers during 2021 had issues while farming due to the massive drought. At the time, rain was needed but it did not come. However, it is now the summer of 2022 and this year there has been more than enough rain.

Unfortunately, too much rain can be a bad thing, and in this case, it has been for Saskatchewan and Alberta especially. Andrew Benson and Montana Getty on GlobalNews stated that there was so much rain that the city of Saskatoon began to flood earlier this week.

The roads within Saskatoon received so much water that vehicles were getting stuck in the water and flooding inside the vehicles as well. Some people were having to park a few blocks away from their house to reach their home according to CKOM News.

Andrew Benson and Montana Getty shared a comment by Terri Lang, a meteorologist with Environment Canada. Lang explained that 2022 has been the exact opposite of 2021 in terms of weather and rain. On GlobalNews.ca Lang stated that 2021 “was really dry, really warm, and [there was] very little thunderstorm activity. This is more typical of how we have June on the prairies.”

Saskatoon, Saskatchewan was not the only location that ended up flooding due to the rain. In Calgary, Alberta there was between 80 and 100 millimeters of rain as stated by Galen Hartviksen on CKFM. However, in some places such as Okotoks, around 160 millimeters of rain began to flood the area.

CKFM stated that Alberta’s government is continuing to provide help to the many communities that have been affected by the flooding. Hopefully the weather conditions and the related flooding will subside soon to prevent any more damage.

Unfortunately, the flooding in Saskatoon has caused a lot of damage to the roads and people’s properties. The Saskatoon officials are urging people to stay away from the flooded areas with their vehicles and to continue listening to the news for updates on the situation.