Food dealers in Cuba: Another famine on the Caribbean island 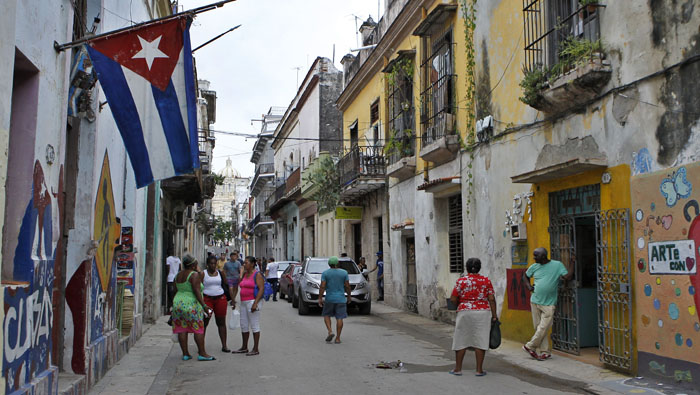 There is an underground network in Cuba, much like a black market where basic goods like coffee and soap are sold. The food dealers sell the goods for the price they want. These people are not vendors, to be a food vendor you need government permission, and they allow you to sell national-produced items. These are dealers, yes, like drug dealers but with food. Although the Cuban government has consistently claimed that there is an embargo by the United States, the majority of the products for Cubans and foreigners on the island come from the American country. This means that almost 70% of the total calories consumed by Cubans are of foreign origin.

Due to government policies that carelessly handle the food issue, Cuba has not been able to supply the market in recent months.

In Cuba, it is impossible to go to the grocery store, grab a cart, and load it up with whatever you want, but this has been the case for years. Food purchasing on the island is now dependent on dealers or middlemen who have turned hunger into a source of income, and the government has supported these black marketplaces.

These vendors supply the goods at higher prices, further impoverishing the population, who already experiences daily power outages of more than six hours, through "contacts" and "small-scale corruption networks". Given the rising number of political prisoners in Cuba, protests are neither reported in the media nor seen on television.

According to reports, there are chicken, ham, eggs, milk, flour, fish, and even rabbit sellers in Cuba. Without a permit from the government, it is prohibited to sell meat or other necessities. The government also controls the maximum number of purchases that may be made each month.

Imported chicken has three commercial destinations: butcher shops, stores in local currency with a maximum of 5 kilograms per month/per supply booklet, and stores in freely convertible currency (MLC). There are 23 billion chickens on the earth, which is three times more than there are people. People in Cuba purchase chicken whenever and wherever they can. The question is why aren't they allow to eat properly?.

Castro's administration has obliged its inhabitants to join this market and discover methods to exchange products and services in order to survive. Food, money, and medical supplies are necessities for everyone who takes part. Undoubtedly, the situation is terrible.

The famine in Cuba

The island experiences times of inflation and starvation as the migratory waves continue to increase. There is a misrepresentation in the supply chain, and it is not a new issue. Food dealers are becoming more likely to appear. It is made worse by the fact that the "monthly quota" of food that each "consumer" receives via the supply-booklet is insufficient to fill the table more than twice.

Cuba receives their chicken directly from the United States. According to an analysis, it most likely originates in a refrigerated shipment of the Green Ocean or Lagoon firms from Mobile or Jacksonville, Alabama. The trading on this exchange reached its third-highest historical value in February of this year.

Between 2001 and 2021, the supply remained unchanged. The United States exported 2.78 million tons of chicken meat for a total of $2368 million, but Castroism avoids mentioning this since it would skew its discussion of the purported U.S. blockade.

Countries with sanctions on them and Cuba must pay in cash for their exports from the United States. Credits, a crucial tool for international corporations, are prohibited, and the end of direct banking ties between the United States and Cuba forces the employment of banks in other nations.

Cuba is the third-largest consumer of American chicken, behind China and Mexico, despite the burden of economic sanctions and ongoing political unrest. For its part, the United States is the island's primary provider.

Cuba produced 120,000 tons of chicken during its trade connections with the former Soviet Union. The Ministry of Agriculture now oversees businesses in the country that specialize in producing laying hens, and the most encouraging statistic is the 9500 tons of wasted poultry meat a year. Feed merchants will still turn a profit at such a rate.

What is the one characteristic that will ensure lasting success?