For the First Time in India, Madhya Pradesh Medical Colleges Will Teach MBBS Courses in Hindi 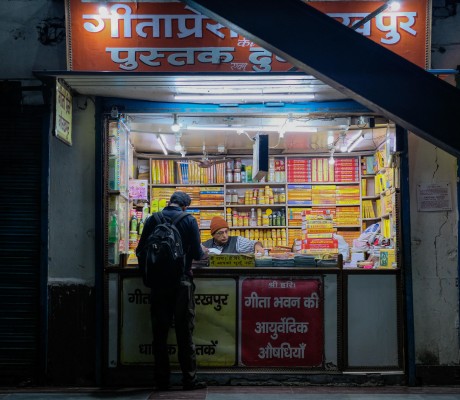 The experimental initiative of the Madhya Pradesh government to teach undergraduate medicine in Hindi will start with the 2022–2023 academic year. All 13 of the state's government medical colleges will teach three MBBS disciplines to first-year students in Hindi: anatomy, physiology, and biochemistry. According to a statement from the state government, the project would also be implemented in the second year of the MBBS program in the upcoming academic year.

On October 15, the Madhya Pradesh medical education department presented an exhibition on numerous innovations, including MBBS in Hindi, the knowledge-sharing mission, the medical student insurance program, and the integration of value-based medical education in the MBBS foundation course. Students will have the opportunity to take Hindi and their regional language classes in addition to the English lessons that will still be taught.

Vishwas Kailash Sarang, the minister of medical education for the state of Madhya Pradesh, expressed his delight that the MBBS Hindi syllabus had been created on time. The notification by the Madhya Pradesh government is made at a time when MK Stalin and Pinarayi Vijayan, the chief ministers of the southern states of Tamil Nadu and Kerala, respectively, have opposed the panel's recommendation that all technical and non-technical higher educational institutions use Hindi and regional languages as their primary languages of instruction.

Shastry reported that Dr. Sudha Seshayyan M.S., vice chancellor of the Tamil Nadu Dr. MGR Medical University, has already begun putting together a lexicon of medical terminology in Tamil. He stated that on October 16 the nation's first MBBS syllabus in Hindi will be made available to students by Home Minister Amit Shah.

Further, Shashtry conveyed, “They (MP) have prepared textbooks for first-year MBBS students. They are working on preparing the rest of the medical course books. The main aim is to bring medical textbooks in Hindi and other regional languages.” He added, “A large section of the students also come after having studied in their mother tongue, and all of a sudden when they start medical education in English medium they find it difficult to comprehend medical language.”

In the current academic year, the program will begin at Gandhi Medical College (GMC) in Bhopal before expanding to other 13 government-run medical institutions. More novels will be translated in the upcoming days, according to Madhya Pradesh minister Vishwas Sarang, despite the fact that a clearer roadmap for the following steps in this direction has yet to be revealed. The exercise shouldn't be viewed as a "Hindi vs English" argument, according to Madhya Pradesh's Director (Medical Education Dr. Jiten Shukla), as the State has no plans to eliminate English textbooks. Instead, he claimed, it was about giving students who speak Hindi as their native language access to a parallel platform.

Vinod Kushwaha, a final-year medical student at People's Medical College in Bhopal who attended a school where Hindi was the primary language, explained “In my first and second year, I faced language barrier problems in my MBBS classes. I could not understand things properly when teachers taught English only. Many students in my class who completed their schooling in Hindi medium could not clear the first-year exams, I think it would have helped me if the teachers had used Hindi as a medium of communication in our classes. I do hope the current government initiative will help students in learning things more effectively.”

Likewise, Rakhi Pandey, a third-year student at Government Medical College, Datia, who attended a school where Hindi was the primary language, stated “You are bound to face problems when you study in Hindi till Class 12. We failed to retain all things taught in the class as teachers taught us in English only. We also failed to write our answers properly in exams even when we knew the answers.”

MBBS First Year Student of Sri Aurobindo Institute of Medical Sciences (SAIMS), Suryansh Tripathi, said that although the students will gain from Hindi literature, they must adapt to English for subsequent studies. Tripathi conveyed, “I think it's a good initiative of the government, and students from Hindi medium will get its benefit. However, I feel that students should be given extra classes in English so that they can improve. In the end, they have to adopt English for future medical education and research.”