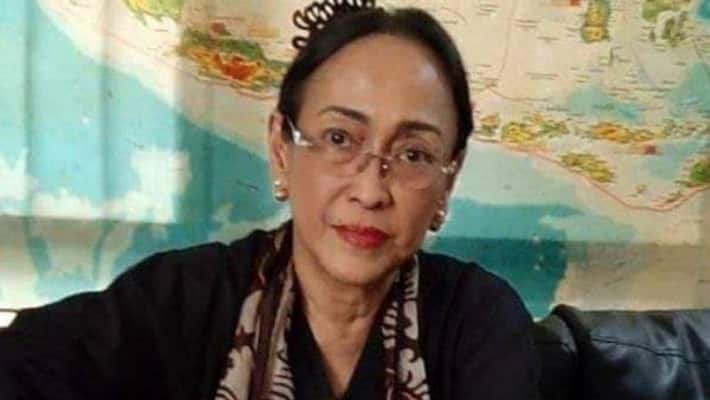 Sukmawati Sukarnoputri, the daughter of the founding president of Indonesia and revolutionary leader Sukarno, has announced her conversion from Islam to Hinduism. According to her lawyer, Sukmwati had given much thought to this decision before informing the press.

Sukmwati had even held long discussions with priests, monks, and religious leaders. She is also well versed in Hindu theology and has been a long-time disciple of Hindu scriptures and doctrines. Finally, her wish had found support from her family consisting of two sons and daughter and her two brothers Guntur Soekarnoputra, and Guruh Soekarnoputra, and sister Megawati Soekarnoputri. Legal religious conversion requires the consent of family members.

Sukmwati’s late grandmother and mother of Sukarno, Ida Ayu Nyoman Rai Srimben, is believed to have been instrumental in her granddaughter’s decision to embrace Hinduism. Nyoman Rai Srimben was a Hindu from the Singaraja City in Bali. The ritual is scheduled to take place on 26 October 2021 in Bale Agung Singaraja which is supposedly her late grandmother’s ancestral place. The Sukarno Centre Heritage Area is built on their family ancestral land.

In addition to being the third daughter of Sukarno, Sukmwati is also the younger sister of former President Megawati Sukarnoputri. She is also the founder of the Indonesian National Party. Coincidentally, Sukarnoputri’s 70th birthday coincides with the day of her conversion to Hinduism.

Sukmawati came under fire in 2018 after reciting a poem that hurt Muslim sentiments. A blasphemy complaint was lodged against her by the hardline Islamic groups of the country.  Her remarks and actions were racially charged. Soon after, the daughter of Indonesia's former president apologized.

Jro Made Arsana, a Bale Agung refugee, says preparations for the ritual are already in progress. Sukmawati Sukarnoputri will pledge to convert in the presence of Parisada Hindu Dharma Indonesia (PHDI) management, he added. In addition, he recollected how the daughter of the first President often went to Bale Agung with her siblings, participating in various rituals during her stay.

The family of Sukmawati announced the conversion ritual to be a small private ceremony to avoid crowds and ensure COVID-19 protocols are followed. The announcement came shortly after invitation cards inviting people to the ceremony were circulated on social media by Indonesian media houses. The family members have requested people to not attend the ceremony even if they have received the invitation.

Indonesia accounts for 12% of the global Muslim population. It is thus deemed as the largest Muslim country in the world. Despite this, Hinduism has had a major presence in Indonesia since the 1st century. Interestingly, the Indonesian rupiah depicts Ganesha, the Hindu god of wisdom. The national carrier of Indonesia, Garuda, owes its name to Hindu mythology and is the vahana of Lord Vishnu.

Walking from the ambiguous tale of mythology to reality!