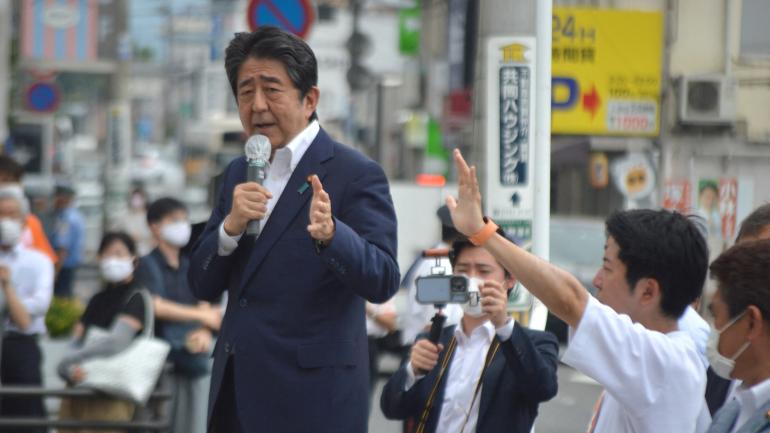 The former Prime Minister was making a speech in the city of Nara this Friday morning when he was shot in the neck by a public member. He was immediately flown by helicopter to the hospital in a critical state. He was ultimately confirmed dead about five and a half hours later.

Shinzo Abe was giving a campaign speech for the July 10th upper house elections (this Sunday). All campaigns were interrupted in light of his death. Abe was 67 years old and the longest-serving prime minister of Japan until he resigned in 2020. He was the first PM between 2006 and 2007 and a second time from 2012 to 2020.

Conservative, he belonged to Japan’s Liberal Democrat Party and was determined to “put Japan back on track” (his 2012 campaign slogan), focusing on matters of security and foreign policy. Towards the end of his tenure, he was instrumental in winning Tokyo the 2020 Olympic Games.

His shooting sends a shock wave throughout Japan, representing the first assassination of a sitting or former Japanese PM since the 1930s. Before learning of Abe's death, prime minister Fumio Kishida condemned the attack in an emotional press conference: “it is barbaric and malicious, and it cannot be tolerated.” Indeed, gun violence is a rare occurrence in this country where zero-tolerance is applied.

The main suspect, Tetsuya Yamagami, used what was described by the Japanese police as a homemade weapon. The 41-year-old Nara resident was apprehended on the scene and is now in police custody. He was a former member of the maritime self-defense force and appeared so far to have been working alone in planning the assassination.