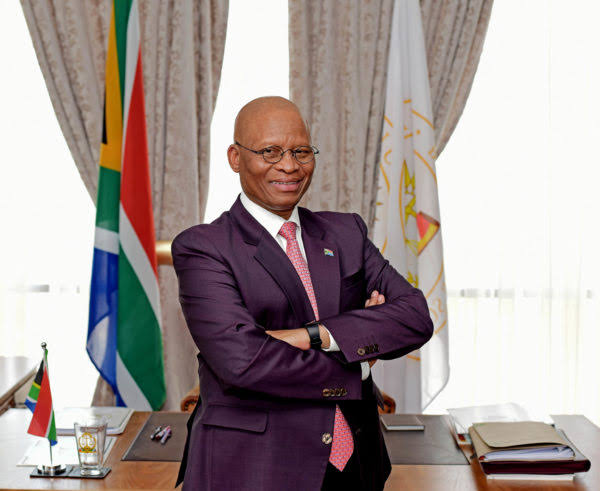 The lead-up to South Africa's 2024 elections is intensifying. With each passing week, new candidates announce their intentions to run for the position of South Africa’s 6th democratically elected president. Although the national elections are still two years away from the public casting their votes, this has not stopped numerous candidates from putting their best foot forward.

National parties intent on challenging the current ruling party, the ANC (African National Congress), are beginning to elect their presidential candidates. In fact, this past weekend saw the newly formed All African Alliance Movement (AAAM) party take to social media to announce their presidential candidate in a 2-minute video that was posted on Twitter. This subsequently created a political frenzy, with the video amassing an immense 220,000 views in less than a day since it was uploaded.

The success of the video could, however, be attributed to the party's presidential nominee, Mogoeng Mogoeng. Mogoeng is the former Chief Justice, having served as the highest-ranking judge in South Africa from September 2011 until October 2021.

As such, in the build-up to the 2024 elections, the AAAM is laying down a marker. With the party still in its infancy, the announcement of Mogoeng as their endorsed candidate has given the party momentum which they hope will last well into next year. AAAM, like many opposition parties, have seen the shortcomings of the ANC and thus, seek to take advantage of the public's fractured belief in the ANC to rule.

Mogoeng stated his party is responding to what it sees as a decay in the system caused by the failures of the ANC. Mogoeng, under the banner of the AAAM, is running an anti-corruption campaign and is seeking to lobby support from independent churches and indigenous and spiritual services across the country into a cohesive fraternity. He is keen to build his campaign around Christian fundamentalism.

However, Mogoeng’s presidential campaign will not be straightforward, due to the position he once held. In fact, the Code of Judicial Conduct states under article 17 “retired judges must not enter party politics”. To make matters more complex, retired judges may only receive payments for services, or hold office of profit only by written consent, by the Minister of Justice as well as that of the Chief Justice.

A similar political event occurred in Brazil in which presidential candidate Sergio Moro was ruled out as an eligible contender. Moro himself was a prominent Brazilian judge who presided over a case that saw two former presidents bought down by allegations of corruption. Moro, thus, had to withdraw from the race after questions regarding the integrity of his court rules came under question.

With Mogoeng Mogoeng being announced as the AAAM’s presidential candidate, one wonders if this will offset a series of questions that Mogoeng will find difficult to answer. Was it Mogoeng’s true intention to run for the highest chair in the South African office? Only he can answer that. However, considering he has held a position of high esteem before, he may do it again in 2024.