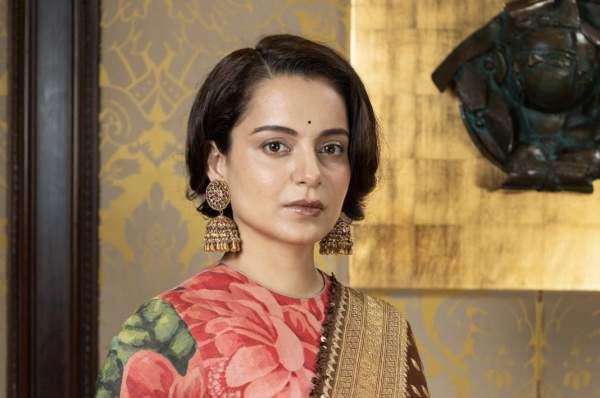 The famous Bollywood actress and Padma Shri award winner Kanaga Ranaut said in an interview that India’s independence in 1947 was not freedom, it was “bheek”. Adding on to that she said that the country got its real independence in 2014 when the Modi government was elected.

“That wasn’t freedom, it was a bheek (alms). We got real freedom in 2014,” Ranaut said in a short video clip tweeted by Bharatiya Janata Party (BJP) MP Varun Gandhi. Gandi called her an “anti-national” and condemned her remarks.

The statement got a lot of reactions from people as well as various political parties with many calling it a “disrespect to the martyrs”.

Congress asked the Centre to take back Ranaut’s Padma Shri on the grounds of insulting the country's independence movement. Shiv Sena demanded a sedition case be filed against her. The Maliha Congress filed multiple complaints against the actress and the TV channel on which the interview was aired.

In response to the growing attacks on Ranaut’s Padma Shri, she responded on Instagram with a series of stories saying that she will return her award if her questions were answered. She posted some opinions on Congress from an unnamed history book, captioned "Just to set the records straight...I am not the only one to call Congress beggar."

In the following stories, she said she understands the “collective fight for freedom” that took place in 1857 but knows nothing about a war in 1947.

“…1857 I know but which war took place in 1947 I am not aware, if someone can bring to my awareness I will give back my Padma Shri and apologise also” please help me with this (sic),” said the Instagram story. Mentioning her role as the freedom fighter Rani Lakhsmi Bai in the movie “Manikarnika: The Queen of Jhansi”, she said she had done extensive research on the struggle of 1857.

“Nationalism rose so did right wing ... but why it died a sudden death? and why Gandhi let Bhagat Singh die ... why Neta Bose was killed and never got Gandhi ji's support? why line of partition was drawn by a white man... ?instead of celebrating freedom why Indians killed each other some of the answers I am seeking please help me find answers.” she wrote further adding to her point.

She accused the British of looting India to the “point of saturation” and said they needed India's help. Stressing on her previous point she said that freedom was placed in the “begging bowls of Congress” whereas even a small fight with INA would have granted us freedom making Subhash Chandra Bose our first Prime Minister.

Sh cleared her statement on India’s freedom and said "As far as Aazadi in 2014 is concerned I specifically said physical Aazadi we may have but consciousness and conscience of India was set free in 2014... a dead civilisation came alive and fluttered its wings and now roaring and soaring high..."

The anger against the statement has been increasing with politicians criticising Ranaut’s remarks on Twitter. Comedian Saloni Gaur also posted her video mocking Kangana Ranaut’s views on “aazadi” which gained a like from the famous Bollywood actress Taapsee Pannu.

Times Now, the channel which aired the interview is yet to comment.