From the Holy Santuar to a wider Israeli-Palestinian conflict? 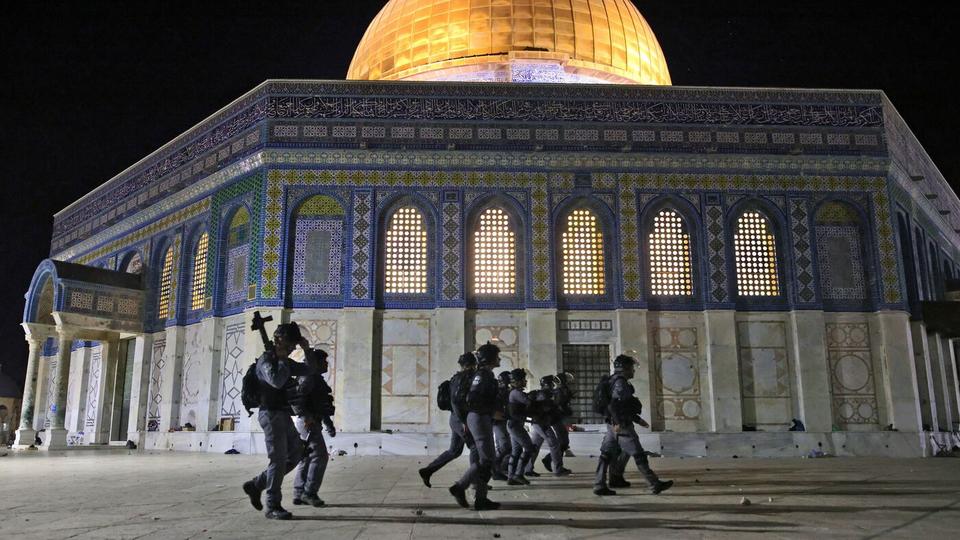 Ramadan is about to end in a few days. In Jerusalem, the holy month is often accompanied by violence. And this year has not been an exception. Over the last few years, Palestinian protests have repeatedly clashed with Israeli riot police at the Al-Aqsa compound, a holy site for Muslims and Jews in East Jerusalem. The third holiest site in Islam, also known as Noble Sanctuary, was occupied by Israel in the 1967 war.

Last week, Israel banned non-Muslim visits to Al-Aqsa compound until the end of Ramadan. This was not a good step to easing tensions and restoring calm, according to Jordan's Foreign Minister Ayman Safadi. Jordan accuses Israel of undermining a centuries-old tradition by forbidding non-Muslims from worshipping in the mosque compound.

Reuters has reported that since the middle of the month Israeli police have entered the Al Aqsa compound, stunning grenades at a crowd and using tear gas during the Ramadan prayers. At least a dozen of Palestinian citizens were injured last week.

On Sunday, the Israeli Minister of Foreign Affairs Yair Lapid accused Palestianian communities of violating the holy site by not respecting the restrictions imposed by Israelian authorities. Moreover, he said that Arab terrorist groups have attempted to strike violence and spread the conflict across the country. "During Ramadan, Israel ensured that hundreds of thousands of Muslims could go to the Temple Mount and pray at Al-Aqsa", he said "despite provocations by terrorist organizations.”

The escalation of violence in Al-Aqsa compound has sparked international fears of conflict like it was a year ago during the 11-day war between Israel and militants in the Gaza strip. While Egypt pushed the parties to a cease-fire agreement, this time Jordan is likely to be the mediator. Jordan has recently intensified its efforts to push Israel to avoid violent confrontations in East Jerusalem and West Bank.

Jordan, whose ruling Hashemite family has custodianship of the Muslim and Christian sites, is willing to return to the conditions of 22 years ago at the Al-Aqsa compound before Israel changed restrictions on worship at the holy site.

The current developments in East Jerusalem have rekindled the long-rooted conflict between Israel and Palestine, which has never really stopped since the 1948 Israeli War. Nowadays the Middle East has changed. A new element has to be taken into account regarding the Palestinian issue: The Abraham Agreement. The normalisation process that has followed has strongly divided the Arab countries rather than guaranteeing regional security because it has revived hotbeds of tension which have arisen in the aftermath of the Arab Spring.

Naftali Bennett: A Changemaker, For Better Or For Worse?