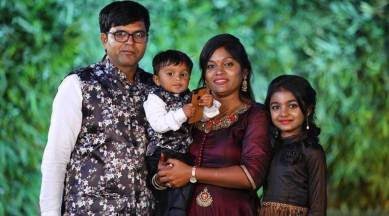 The frozen dead bodies of an Indian family were found near the US Canada border on January 19, 2022, by the Manitoba Royal Canadian Mounted Police. The Police found the body near Emerson Manitoba just meters, from the Canada-US border. Canadian authorities recently identified the family members as Jagdish Baldevbhai Patel, 39, Vaishaliben Jagdishkumar Patel, 37, Vihangi Jagdishkumar Patel, 11, and Dharmik Jagdishkumar Patel, 3. American officials said that the family must have been separated from a large group trying to cross into the US. Authorities earlier said that the bodies included an adult male, adult female, teen male, and an infant. With recent development in the investigation, authorities have clarified that the group includes a young girl and not a teen male.

Canadian medical authorities completed the autopsies on January 26. The Royal Canadian Mounted Police (RCMP) mentioned that the family arrived in Toronto on 12 January 2022. The family made their way from Toronto to Emerson around January 18. Since the police did not recover a vehicle, they believe the culprits dropped the family off at the border. So far, of the activities that happened in Canada, along with the arrest that occurred in the United States, Canadian police assume this as a case of human smuggling. The authorities are on the search for people who might have encountered the family.

Indian authorities had already reported that the Patel family had migrated from Dingucha village in Gujarat. The family was missing for a week after they traveled from Dingucha to Canada. The Canadian authorities confirmed after a medical examination that the death of all persons has been determined to be because of consistent exposure to outdoor elements. The day the Patel family died, law enforcement agencies had arrested a US-based man Steve Shand, 47, for allegedly illegally trying to ferry two undocumented Indian nationals in his vehicle. American authority determined five more undocumented Indian nationals who tried to enter the US illegally. The US authority believes that these seven people and the four people found dead are from the same group.

The high commission of India in Ottawa and the consulate in Toronto continue to work closely with Canadian authorities on all aspects of the investigation into this tragic incident. The RCMP is also closely working with RCMP Liaison Officers in New Delhi, India, and Washington, DC. They are also in regular contact with Indian consular officials.