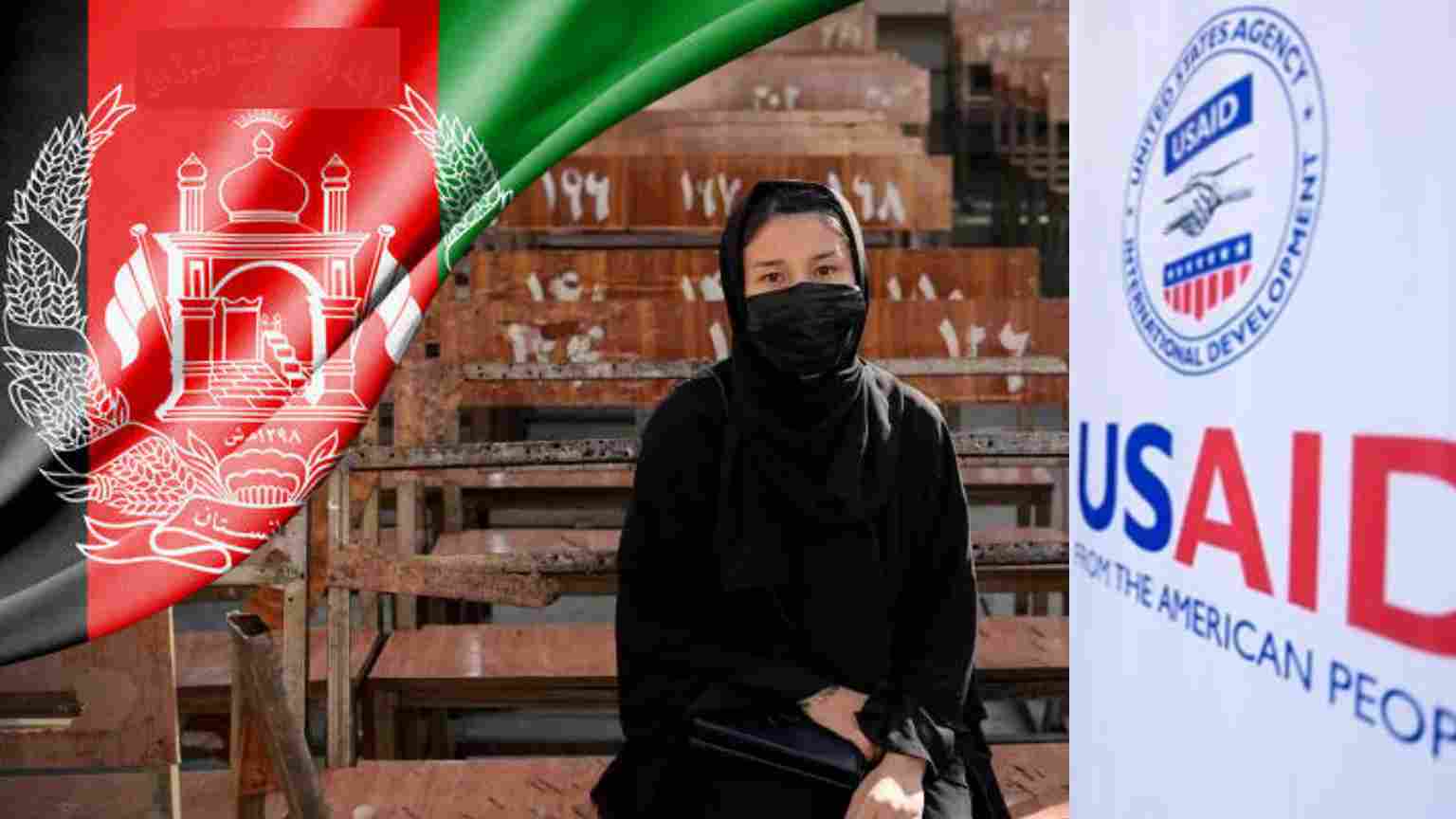 Hazara communities that once lived peacefully in Afghanistan are constantly violated and killed in the name of religion. The discrimination and state-sponsored abuse by the ruling Taliban first ran its course from 1996-2001 and again gained power in August 2021. The Sunni Muslims who dominate a large part of Afghanistan are motivated to spread aggression and violence by the ideology of Al-Qaeda. Recently, the Hazara community, which comprises Shia at large, was attacked by the Sunni Muslim extremist group, a militant group linked with Lashkar-e-Jhangvi (LeJ) and Sipah-e-Sahaba. Both militant groups are tied to the Taliban.

The Taliban's rule has given women the courage to protest their rule. The situation for Afghan women and men is so bleak that women are facing gender apartheid just after one year of Taliban rule. Gender apartheid is explained by United Nations, “The term gender apartheid (also called sexual apartheid[a] or sex apartheid) refers to the economic and social sexual discrimination against individuals because of their gender or sex.”

The power of the Taliban comes with the ability to reconstruct social, cultural, political, religious, and economic norms. But with the imposition of religion, limitations, and a biased judicial system, the government of Afghanistan is facing a more significant crisis than the crisis of faith.

Afghanistan is in a state of a Human Rights Crisis

In a new investigation, the Taliban has killed six Hazara people in the Ghor province of Afghanistan. The attack was an intentional one on the ethnic minority in Ghor. During the night, the Taliban raided a house and executed four men searching for a former security official. Out of the four bodies, one body showed signs of extreme torture. While the raid continued, a woman and a 12-year-old girl were also killed.

According to Richard Bennet, the Islamic State Khorasan Province (ISKP) and the return of the Taliban to power is responsible for inflicting psychological pain on people and families who continue to lose their loved ones in the ethnic cleansing process. The new attacks against Hazara are 13 in number, where the people killed and wounded are 700, leaving men and women in utter shock.

The attacks on the Hazara community reached a point where the young girls and women have seen a shocking regression in their political, civil, social, and cultural rights. On September 30, 2022, an educational center, Kaj, was a point of the suicide attack on Hazara students. The attack was led by the Ministry of Education, with the ministry of Taliban and leadership of Kandahar carrying fatwas against education for women claiming it to be against the Sharia law.

This leads to acknowledging the terrible humanitarian situation in Afghanistan and witnessing food shortages. Almost half of the population is going through extreme famine, hunger, and higher risks of forced labor, exploitation, and disappearances. After the Taliban takeover last year, torture and killings are common. Taliban rule deprived Afghan men, women, and children of human rights.

Psychological and Physical Harm on the Afghans

In southeastern Afghanistan, the Taliban took control of the Ghazni province and continued to spread harassment and impose severe restrictions. According to the Human Rights Institute at San Jose State University, women's social and economic conditions deteriorated after the Taliban controlled Ghazni in August 2021.

Since August 2021, the Taliban imposed rights that violated women and stopped them from attaining their fundamental rights to humanity. Eliminating the right to education and the right to women's health, freedom of speech, and the freedom to move cause immobility for women. This further means that women depend on their husbands or male family members for finance and mobility in Afghanistan. This leaves women with self-doubts and their inability to function in an environment led by extremist and violent men in power. Afghan women are reduced to being just women with no purpose in their lives. Hence, an identity crisis for women because they can't psychologically locate themselves and their role in this war and poverty-stricken Afghanistan.

Since the Taliban took control, the humanitarian crisis reached its peak. Economic issues such as the hike in prices, and expenses, the cutting of aid, and shortages in cash from other countries have collapsed Afghans' economy and living standards. The cash shortages by the United States of America deprived much of Afghanistan of health care, food, shelter, and water.

Halima Kazem-Stojanovic, a San Jose State University faculty member, said, "Afghan women and girls are facing both the collapse of their rights and risks to their basic survival."

The rule of the Taliban has pushed the sole earners of the families into desperation to meet the daily requirements of livelihood. It is evident that many women were the sole earners of their families and due to the Taliban restricting them from quitting their jobs and staying at home, the families are suffering through the loss of income. Taliban only allowed women to work in health care and primary education. But due to the financial crises in Afghanistan, they are not paid on time or at all.

Apart from the financial crisis, the Taliban, driven by the force of removing secularism, stated that women and girls should be banned from higher education. The revised syllabus focuses more on religion. The policing of women in Afghanistan suggests the rules on how women will publicly travel and wear and the sex segregation and division in the workplace.

The dreams of women who want to be professional and practical in their lives feel demotivated due to the restrictions. Their future looks bleak and dark as the Taliban don't allow girls to finish high school. The devastation and crisis women are going through cause severe psychological issues leading them to hopelessness, anxiety, insomnia, and feeling of prison in their homes. The worst cases are like feeling a loss of self and helplessness, leading to committing suicide in a strictly religious country.

Gender apartheid in Afghanistan reached a new peak where women feel hopeless and helpless and are ready to take their lives to escape their miserable lives and circumstances. Naheed Farid said, "Death is preferable for them than living under the Taliban regime."

While the Afghans live under the rule of the Taliban, the Taliban believe it is the best way to spread the right and authentic Islam under such circumstances, so people don't deviate from the right path, even if it means punishing people strictly or physically.

The physical harm is as severe as the psychological one. The people of Hazara continue to face the dead bodies of their loved ones or the people around them. These are the attacks on the minor ethnicities residing in Afghanistan.

The continuous attacks by ISIS on religious minorities result from the discrimination faced by the Shias. Taliban Interior Ministry spokesperson Saeed Khosty promised safety and security for the religious minorities in October 2021. But from the 1990s until now, Shia mass killings and torture have been observed. Shia will be beaten up and severely wounded, or they will be subject to public and physical harassment.

The deliberate and conscious attacks on civilians are war crimes. But beyond it, the loss of life caused by such attacks causes long-term financial and economic hardship for the families and country. The ensured security failed, as did the health care to provide medical assistance to the victims. The policies by the Taliban continue to violate human rights, particularly of girls and women.

The future of Afghanistan seems dark since the powerful economies and countries pay less attention to the circumstances. Men and women of Afghanistan are still suffering while the Taliban promise a better future. The people who have been witnesses of physical harm for being a minority in Afghanistan live with a fear of being executed. In contrast, women are refused to seek education to provide for themselves financially.

The recent protests by women in Afghanistan are the revenge and the suppression of so many atrocities and aggression that the Afghan women had pressed inside them. The recent attack on the educational center is the response of Afghanistan's government to the people rebelling against the government. The attack killed 43 civilians, who were primarily students. Eighty-three people are injured in Kabul's Dasht-e-Barchi. Female protestors raised the slogan "Stop Killing Hazaras" on October 1, 2022.

It is very uncertain about speaking about the betterment of Afghanistan, but it leads to cultural trauma in a more radical, reckless, and anti-minority manner. Does gender apartheid in Afghanistan seem okay to hear?

Thank you for giving voice to a woman's basic right to education and mobility. You have done well!