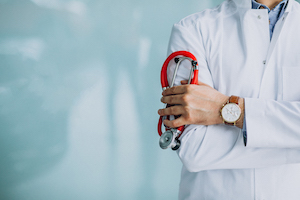 After Georgia finally caught up to the year 2022 by raising the ban on abortions in the past six weeks, they had to change their laws again and enforce them furthermore. According to CNN, despite the overturning of Roe v Wade that occurred as a result of the pre-viability abortions having existed nationwide when the law was enacted, Georgia became unable to restrict abortion at the time.

This release on the abortion laws allowed abortion procedures to resume generally for a short period. These abortions were able to occur past six weeks of pregnancy, yet providers proceeded with caution. They feared that this law wouldn’t last long, and every procedure that has been performed since has been completed with caution. Providers also ensured not to get too comfortable or excited over this situation.

According to NPR, on Wednesday, November 23, 2022, the Georgia Supreme Court reinstated the ban on abortion after approximately six weeks of pregnancy. As a result, providers who had resumed their jobs of administering these procedures quickly came to a halt, and the women’s rights of the state followed. Six weeks is often not enough time for a woman to even know that she’s expecting a child, and so gaining an abortion is the last thing on their mind. Unfortunately, with this new law being enforced, it’s forcing Georgian residents to make the journey to other states to gain access to their abortions and be able to make their own choices regarding their bodies.

With all these abortion laws constantly changing from state to state and nationally, there is no consistency between women and their rights. The government now has the power to make these decisions for women and leaves them unable to choose their and their child’s future for themselves.

No uterus, no opinion doesn’t seem to apply in this situation since everyone wants to enforce and remove laws as they decide without experience.

So where is that line drawn? When does the government cross the line of making personal decisions for its citizens? When do women get control of their bodies back?

Proposed Amendment to Strictest Anti-Abortion Laws in the EU