Girl Suffers An Allergic Reaction On Plane And Nearly Dies 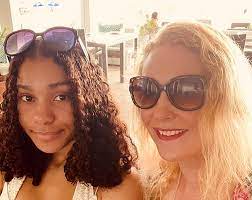 On Monday 6 June, a mother, Joanna Jones, aged 39, was flying on British Airways from Antigua to London. She was with her daughter, 14-year-old Poppy, her mother, and two other children. They were at 30,000 feet over the Atlantic when her daughter suffered an allergic reaction from a passenger opening a packet of peanuts. She blacked out when she needed oxygen and two EpiPens shots.

Ms.Jones accused the unnamed passenger of not caring that he was putting her daughter’s life at risk. This is because he allegedly rejected staff pleas to stop eating his snack. When her daughter blacked out, she declared a medical emergency, and fortunately, there was a nurse on board that helped stabilise Poppy with an oxygen mask. The plane was three hours away from Gatwick airport when Poppy went into anaphylaxis shock. According to her mother, these attacks had happened in the past but never on a plane, making it even more frightening.

Doctors in Arizona were alerted via an emergency call centre and relayed instructions to the crew. Meanwhile, the captain considered making an emergency landing. But Poppy managed to survive until they landed. They managed to get an ambulance to the hospital. She and her mother stayed there for the rest of the day until Poppy was well enough to be discharged.

But Ms.Jones told MailOnline ‘that it was a nightmare for all of us, and I thought she might die. It was really frightening, and it all came down to a passenger who carried on eating nuts despite being told not to do so.”

When they boarded the plane, the crew asked the passengers not to eat peanuts due to her daughter’s allergy. Unfortunately, when they took off, a man around ten rows ahead did exactly that. This was their first flight post-lockdown, and it’s been a nightmare eight hours for them.

Ms.Jones said ‘she was worried and asked if they could be moved, but there was no availability. The crew asked him to stop eating, but he ignored them and continued.’ She complained that people don’t take allergies seriously and has called for airlines to do more for people who suffer from them. She thinks they “should make it illegal for people to eat nuts on board a plane if someone is allergic to them,” as someone’s life is worth more than eating a few nuts.

A spokesperson from British Airways said that “the safety and welfare of our customers is always our priority,” and they take the issues of allergies very seriously. Their crew had previously cared for a customer who appeared to have an allergic reaction on board, so they arranged for paramedics to meet the aircraft.

Due to this, Ms.Jones has been put off flying in the future. She and Poppy think it is in the best interests of others that know what can happen. They hope for a change to ban nuts completely on flights and consequences for those against this.