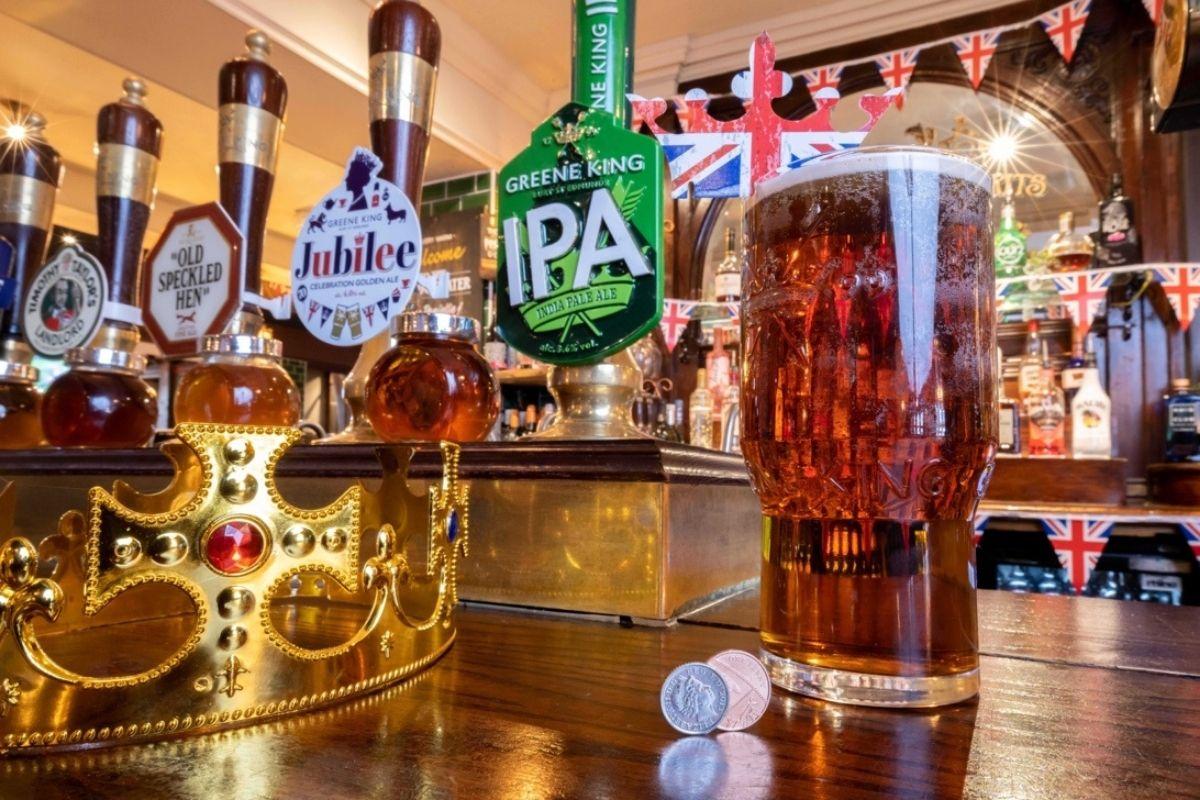 The pub chain, Greene King, has announced that in honour of the Queen’s Platinum Jubilee, it will be giving away free pints of beer.

According to Sky News, the pub chain had planned to celebrate the Jubilee by selling pints of beer for 6p, the same price it was sold in 1952, the year the Queen was crowned. However, the plans were cancelled owing to a licencing problem that prevented them from selling pints at such a low price.

Instead, on Monday, May 30th, Greene King will offer one pint of Greene King IPA to each customer that walks into one of their pubs across the country. All the customer has to do is use the keyword ‘1952’ at the bar and be over the age of 18. In response to the promotion, a representative for the chain announced that “We thought this was a great way to celebrate this remarkable occasion and we’ve been thrilled at the response from customers”.

This is not the first time that Green King has given away free pints; on St Patrick's day, customers were given free pints of Guinness with their carvery dinners. Moreover, according to The Sun, the chain also offered free pints in June 2021 to celebrate the Euro football tournament and the country's reopening after lockdown.

In further celebration of the Queen’s Platinum Jubilee, all pubs in England and Wales will be allowed to remain open until 1:00 am instead of the usual 11:00 pm over the Jubilee weekend, which falls on the 2nd, 3rd and 4th of June. In response, Emma McClarkin of the British Beer and Pub Association said that “this is fantastic news for the pub industry. After a difficult two years, pubs everywhere already had plans to make the most of the Platinum Jubilee by hosting special events and parties, and this announcement of extended opening hours will be a further boost to an already joyous occasion”.