Gujarati Family Freezes To Death On The US-Canada Border. 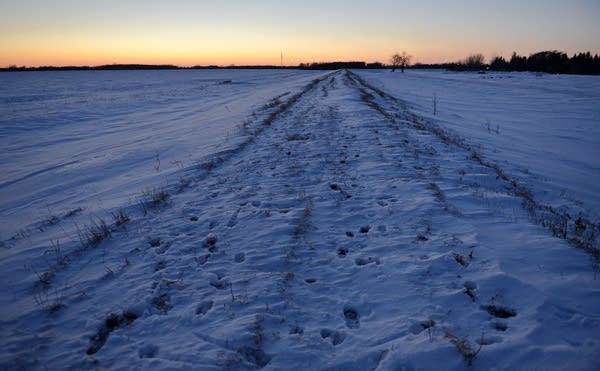 Gujarati Family freezes to death on the US-Canada border.

In an unfortunate turn of events, a family of four, consisting of the mother, the father, and 2 kids was found dead in the Manitoba district of the Canadian side of the US-Canada border on Thursday, 20th January 2022. The family is assumed to have been attempting to illegally cross the border and get into the United States.

The family is said to have frozen to death due to exposure to the extremely cold weather. They were attempting to cross the border illegally under the cover of an ongoing blizzard, but got caught up in the bad weather and unfortunately could not survive. Amongst the family members, one of the kids was a teen and the other was merely an infant.

The family was initially part of a 15-man group that was supposedly getting smuggled into the US border at night. The family was walking from their hotel in Canada to their “pick-up point” from where they would sit in a van and be transported to the states. According to court documents, US Border Patrol (USBP) officials in North Dakota have encountered a similar case of a 15-passenger van just south of the Canadian border on Wednesday.

The US Attorney's Office for the District of Minnesota issued a release and said the driver was identified as 47-year-old Steve Shand of Florida, who has been arrested under the charges of human smuggling in connection with the incident.

The bodies of the victims have not yet been identified. Few speculations have been made based on the witness accounts of local Canadian citizens who saw the family before the accident. They are believed to have been speaking in the Gujarati language and are thus suspected to either be Indian or Gujarati-speaking Canadian residents. The family was said to have little to no knowledge of the English language.

However, after hearing the news of 4 Indian citizens dying on the Canadian border, a man from the Dingucha village in Gujarat’s Gandhinagar district came forward expressing his concerns over not being able to establish contact with his relatives, who happen to match the description portrayed in the news, who recently left for Canada.

Gandhinagar officials confirm that 4 citizens have, in fact, left for Canada on a valid visa. But since the bodies of the deceased have not yet been identified, the authorities cannot say if it is the same family or not. The family eagerly awaits confirmation regarding the identity of the dead.

The minister of external affairs S. Jaishankar has requested India's High Commissioner in Canada, Mr. Ajay Bisaria to cooperate in any way possible for a smooth investigation. India’s ambassador to the US, Taranjit Singh Sandhu also tweeted “We are in touch with US authorities on their ongoing investigation. A consular team from @IndiainChicago is traveling today to Minnesota to coordinate and provide any assistance required.”

On further observation, it has come to light that this is not a “one-off”. People are being smuggled into the US border through Canada, Mexico, etc. in large numbers and this is because of the harsh immigration laws imposed by the American government. So people from various countries acquire the visa of neighboring countries such as Canada and Mexico, and then agree to be illegally smuggled into the states, where they feel they can build a better future for themselves.

It is a shame that such feelings arise in people even in a rapidly growing and economically booming country like India, which inevitably results in such accidents at some point down the line. It is up to us, the citizens of India, the future of India, to make sure that no one should feel the need to leave behind their family, their pride, their dignity, their identity, to make a livelihood.

The authorities will soon identify the bodies and help the affected families to get some closure and cope with this difficult experience.