Harini Logan was crowned the winner of the 2022 Scripps National Spelling Bee. 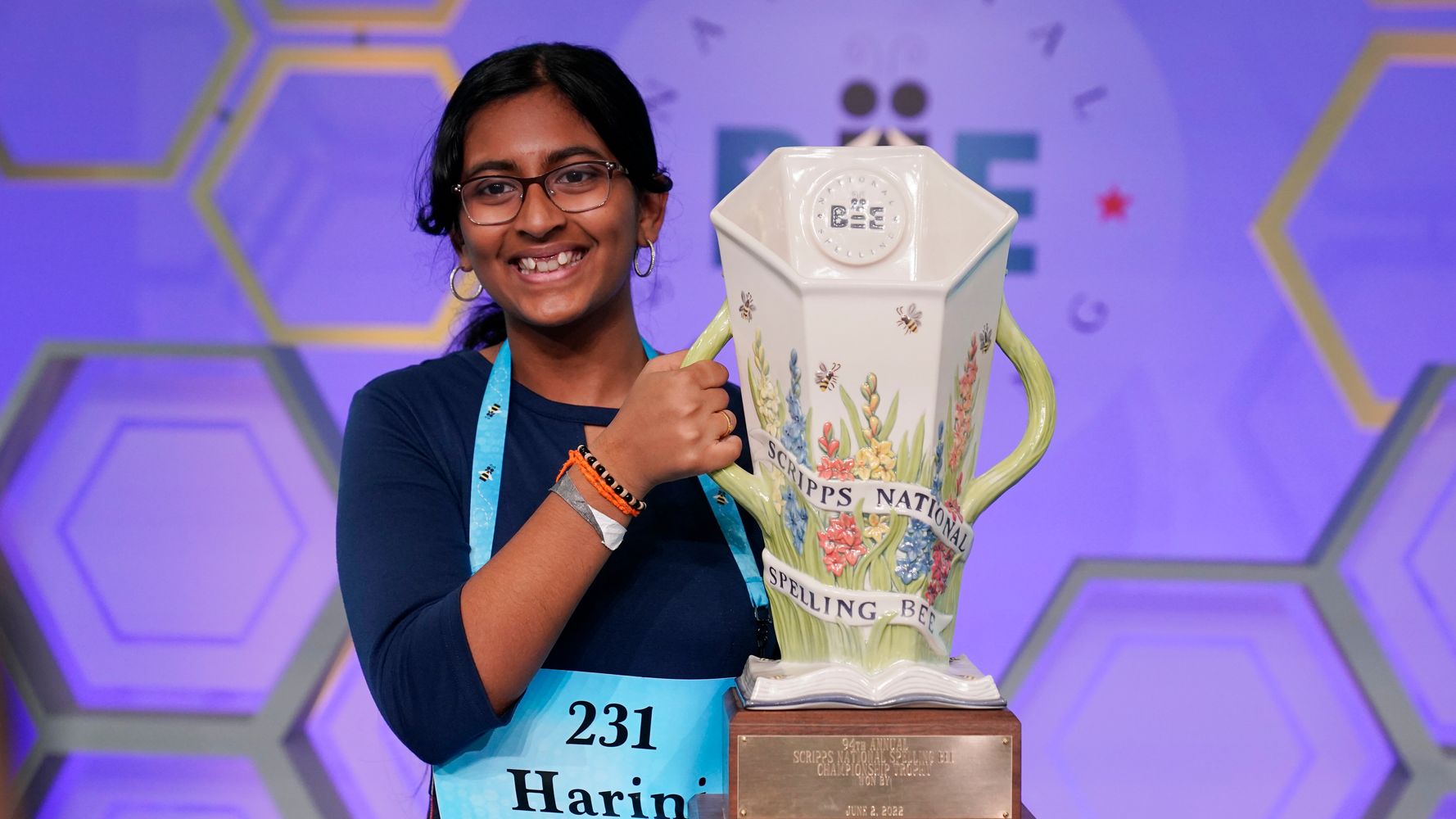 After facing many setbacks on her journey to become the top speller, 14-year-old Harini Logan made history Thursday night as the first person to win the first-ever spell-off at the 2022 Scripps National Spelling Bee. Logan is Indian American, which continues the tradition of South Asian champions.

The San Antonio, Texas native competed in the last fully in-person bee in 2019. The competition was cancelled in 2020 as a result of the COVID-19 pandemic. However, this did not stop Logan as she competed in several online spelling bees that prepared her for the main competition.

The competition proved to be tough as Logan was first eliminated after misspelling four times, during the Scripps multiple-choice vocabulary round. Logan defined the word “pullulation” as the nesting of mating birds, but Scripps said the correct answer was the swarming of bees. However, several of her supporters defended her and made the case to the judges that she had defined the word correctly. After careful consideration and review, head judge Mary Brooks announced the repeal.

Logan and 12-year-old Vikram Raju were the last remaining contestants after beating 227 students, Thursday night. The two went back and forth for 90 seconds which had everyone at the edge of their seats. In the end, Logan was victorious and spelt 21 out of 26 words correctly, while Vikram got 15 out of 19 words right.

In addition to winning a trophy, Logan received a check for $50,000 and was also the first winner to be reinstated during the competition, despite her four stumbles along the way.