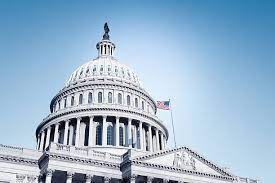 June 8, 2022, just two weeks after the tragic shooting of 19 children and 2 teachers at Robb Elementary School in Uvalde, Texas, parents and survivors of the shooting urged their desire for new gun reform laws when they gave their heartbreaking testimonies to lawmakers at Capitol Hill, Washington D.C.

11 year old Miah Cerillo told us in her pre-recorded testimony about her agonizing experience during the shooting, where she had to cover herself in her shot friend’s blood and “play dead” to survive:

"He shot my friend Elizabeth and I thought he was going to come back into the room, so I grabbed the blood and I put it all over me."

Miah’s father called for action to protect children in schools from further gun incidents, and tells how this tragedy has damaged his family.

Survivor of the Buffalo, New York, shooting that killed 10 people, Zaire Goodman’s mother, Zeneta Everheart stresses the urgent need for gun reform laws, and invites those in opposition to “clean her son’s wounds”:

"If after hearing from me and the other people testifying here today does not move you to act on gun laws, I invite you to my home to help me to clean Zaire's wounds so that you may see up close the damage that has been caused to my son and my community.”

Zeneta touched on the damage done to her community from mass shootings, and she is far from alone. With 250 mass shootings in America since 2022 has started, as well as 288 school shootings over a decade, Zeneta is one of many in the communities of friends and families who have lost their loved ones to mass shootings and gun violence.

Among developed countries, this level of gun violence is abnormal. There is a way to fix our broken system around guns, and it is to increase gun control laws.