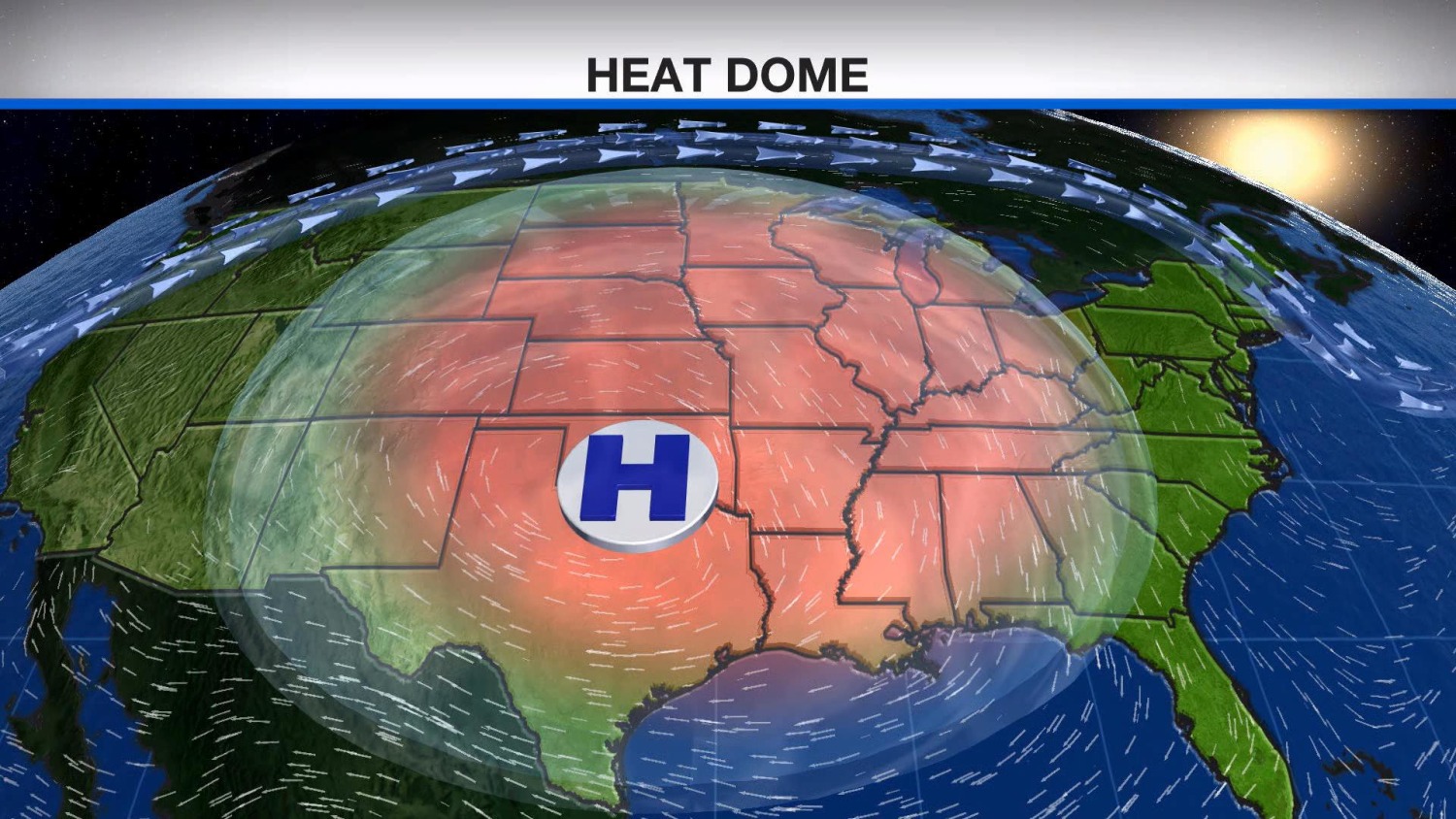 Multiple Heat Domes continue to appear in Canada and North-Western Parts of the United States. With increased temperatures recorded in 5 days, the biggest question that arises with them is what these are and how they occur in the first place.

A Heat Dome is likely to occur in the first place due to a relative change in temperature from West to East in large parts of water bodies or so where the atmosphere traps heat at the surface leading to such formations. These kinds of heatwaves leading to form a Huge Dome like Structure is relatively a new phenomenon that causes a massive rise in temperatures. Scientists at various Universities of the World and The NOAA have also exclaimed that it bears certain and relevant similarities to conditions in the Pacific Ocean.

Understanding the Pacific Ocean by comparing it to a large swimming pool in which the heater is turned on will simplify these. The portions of the pool close to the heating jets will automatically warm up faster leaving the temperature in those areas to be higher. Similarly, the western Pacific Ocean’s temperatures would have increased in these times and are relatively more than the temperature in the eastern side.

Scientists have also exclaimed the Bigger Question that it would be difficult to estimate if this heatwave is a direct result of global warming. They are usually wary of linking climate change to any contemporary event simply as the difficulty to do so results in completely ruling out the possibility of this sequence of events due to some other cause, or as being because of a result of natural change.

Similar incidents like the heat waves in California and establishing the link between them and climate change have shown some results. It has often been noted that human-induced climate change promotes the conditions on which these kinds of wildfires occur thus either enhancing their likelihood and challenging suppression efforts or leading them to be more dangerous in their impacts.

With Heat Waves being periods of unusually hot weather that clings for more than 2-3 days, it has also been seen that these heatwaves can occur either with or without such high humidity and have the potential to cover a large area disastrously “exposing a high number of people to hazardous heat.”

Many have also argued on the bigger topics like how will these Heat Domes affect humans or so? It has been answered by several scientists that if a person is at rest, wearing minimal clothing in a very dry room then the humidity does not exceed 10 percent of the relative humidity but with certain conditions, explicitly specifying that drinking water constantly so that the sweat level is maintained to avoid overheating at high temperatures.

So as long as the body is producing sweat, which is then able to evaporate quickly, the body will easily be able to sustain under high temperatures. While they have noted certain limits, mainly a limit known as the wet-bulb temperature–that considers heat and humidity–ahead of which any human being would not be able to tolerate high temperatures. Some heat-related illnesses include heat stroke, exhaustion from high intake of heat, sunburn, and heat rashes.

The Current Status of Affairs

There have been several such cases being reported like in Salem, Portland, and Oregon in the United States and Parts of Canada. Reacting to the all-time high temperatures in the country, Justin Trudeau, the PM of Canada did say "The temperatures recorded this week are unprecedented -- lives have been lost and the risk of wildfires is at a dangerously high level." US President Joe Biden did also explain "the threat of western wildfires this year is as severe as it's ever been." While many scientists and organizations have been involved to find major solutions, Rescue is underway.