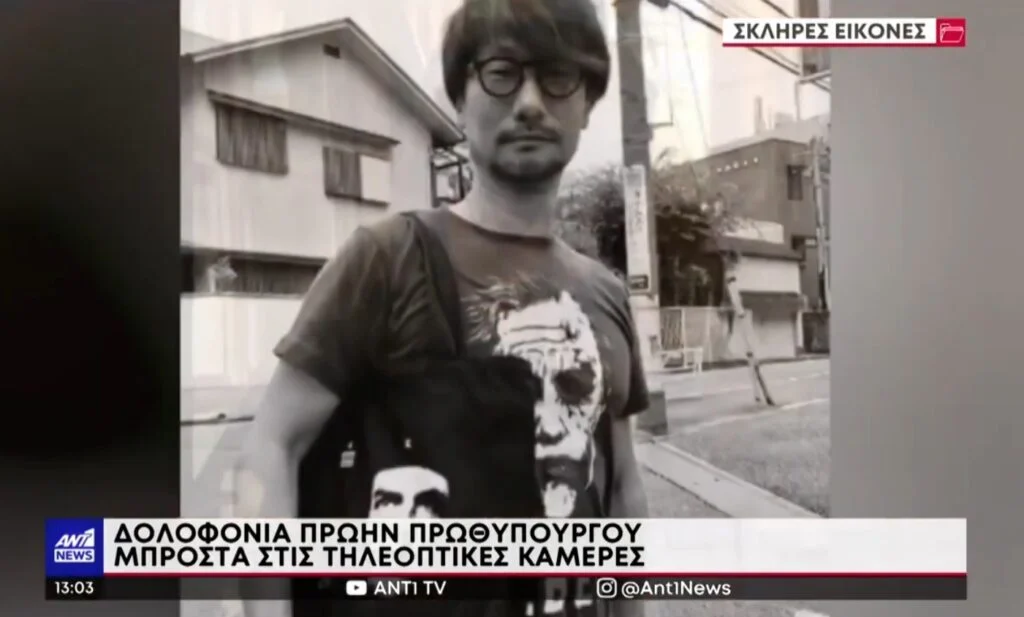 On Friday, 8th July, Shinzo Abe was assassinated whilst delivering a speech concerning Japan's upcoming elections. A suspect has been arrested and has since admitted to the act. In an unfortunate twist, social media has confused the perpetrator's appearance with that of Hideo Kojima, the video game auteur.

Shinzo Abe was shot and later died from his injuries while giving a speech in Nara on Friday morning. Security secured the area, detaining 41-year-old suspect Tetsuya Yamagami who later admitted to shooting the former PM with a homemade gun, stating that he had a grievance against a ‘particular organisation.’

Police officers confirmed to the Japanese media that they seized multiple weapons at Yamagami's residence. Explosives discovered at the property led to the authorities warning the residents to leave the area. The suspect stated to the police that he had a grudge against a group he thought the former Prime Minister was associated with. The police also remarked that they were investigating why Abe was made a target despite many others being connected to the group.

The current Prime Minister, Fumio Kishida denounced the attack: 'It is barbaric and malicious and cannot be tolerated'. This attack was “an act of brutality that happened during the elections - the very foundations of our democracy - and is absolutely unforgivable.’ Mr Kishida vocalized before Abe’s death was announced. Abe was struck twice in the neck, and his heart also was damaged during the incident, doctors said. He seemed awake in the attack's aftermath, but his condition worsened as time passed.

In a now-deleted tweet, a far-right French politician retweeted images of Kojima with the caption, 'the extreme-left kills.'

The tweet has since been deleted, and the politician tweeted an apology: ‘I naively took a joke for true information. 'I didn’t think we could make humour about the assassination of a man but I was wrong not to check before sharing. My apologies to Hideo Kojima and all the fans of Metal Gear.'

In some countries, the false link found its way onto national news. In a Greek news broadcast, pictures of the famous game developer alongside coverage of the assassination. Allegedly, an Iranian news company used images of Kojima in their report of the incident.

This caused Hideo Kojima to trend on Twitter, as some 35,000 tweets discussed ‘video game developer Hideo Kojima… misidentified as the suspected shooter.’ Initially, it took some time before Kojima Productions responded to the allegations. On Saturday, it published a statement saying it would be considering legal action against 'some cases' of fake news.

'Kojima Productions strongly condemns the spread of fake news and rumours that convey false information. We do not tolerate such libel and will consider taking legal action in some cases.'

Internet and Politics: The Struggle between Benefits and Drawbacks

Social Media: Pros and Cons of the Online Reality