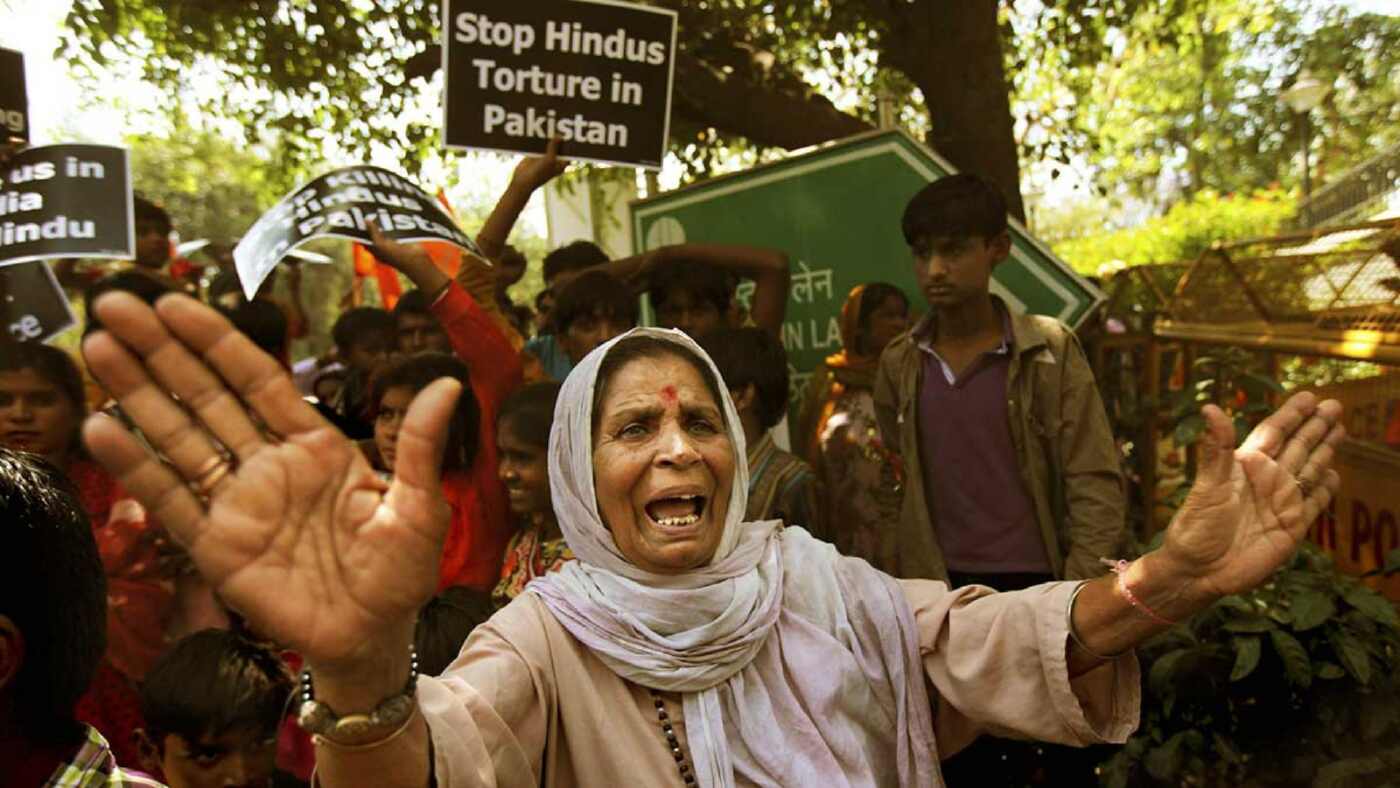 It is no news that minorities in Pakistan are living under the constant threat of forcible conversions. While the families have to provide for their survival financially, women who step out of the house always fear if they will return too.

As Pakistan is moving into the conservative path, Hindus, Sikhs, and Christians fear for their survival. Almost every day, a minor Hindu or Christian girl is abducted from plain sight, and police don't bat an eye to stop such criminal activities.

These incidents mostly take place in Sindh, where Hindus live. In August 2022, a girl was returning from the mill and was abducted by four men in Fateh Chowk, Hyderabad. The girl's parents went to a police station, but the policeman conveniently refused to file any complaint of this nature.

The parents insisted that the girl was a minor and would be converted forcibly, but the policeman didn't file the case. In September 2022, the girl was recovered from Balochistan with the help of human rights officials.

The husband of the minor (Chanda), named Shaman Magsi, filed a complaint against the parents for meddling in their personal lives. The husband in court also stated that the girl was 19 and not a minor at the time of their marriage. The court accepted the marriage certificate, but the parents said that she was a minor girl at the time of her abduction, and the police did not cooperate with them.

The court ordered Chanda to be sent to her husband, but when she started crying and hugged her mother, and the video got viral, the court had to decide to send her to a safe house. For now, the husband is not allowed to contact the girl. The court also demanded medical tests on Chanda.

OpIndia reported that in Pakistan in the year 2020, 171 Hindu men, women, and children were converted to Islam. Hindus who live as a minority in Pakistan lack security and fear for their lives and identity. Where women and children are openly abducted, most of these kidnappings and forcible conversions occur in the Thar, Khairpur, Umerkot, and Ghotki areas of Sindh.

While the girl's family waits for justice, the medical reports will be one of the many ultimate proofs that will take the Hindu girl back to her kidnapper or her family. The Sindh government has passed laws to take care of minorities, but nothing has been implemented or is effective yet.