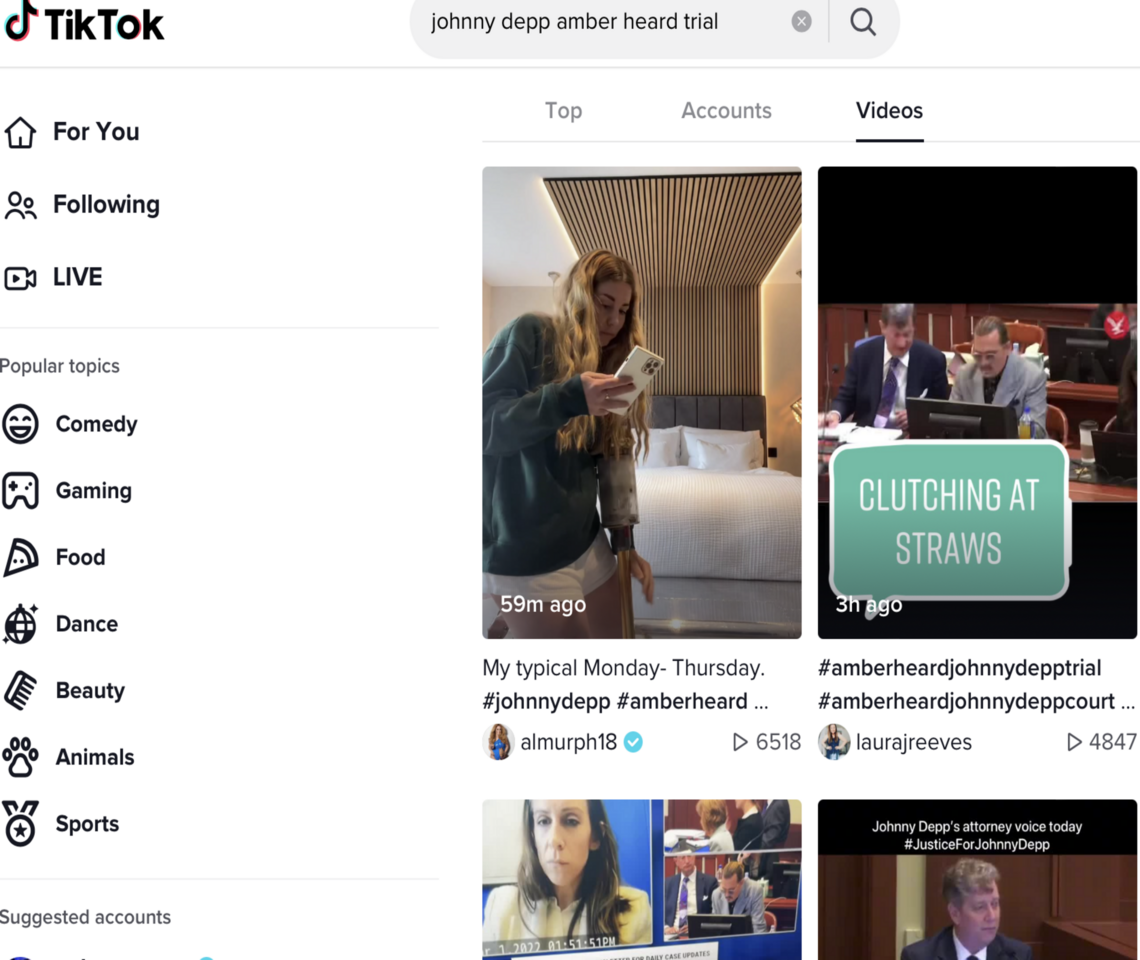 The Johnny Depp vs Amber Heard trial has caught media frenzy on all social media platforms. However, Tik Tok has contributed the most to the popularity of the case across the nation.

Depp is suing his ex-wife Amber Heard for 50 million dollars in character defamation and emotional damages, and Heard is suing for 100 million. Each claim that they have been abused by the other.

Fans have posted videos showing their support for Depp in his recent defamation trial. Many of the videos show fans waiting in the early mornings outside of the courthouse to offer words of encouragement and gifts. Amber Heard has instead received heavy backlash and continuous booing.

The “My dog stepped on a bee” chain has also been viral on Tik Tok. The phrase came from Heard herself as she was testifying in court. Tik Tokers immediately used the soundbite to create chains of videos with their creative statements, mocking Heard.

Tik Tokers have also called Heard’s lawyer team a circus after their videos have shown them stumbling over words. On the other hand, many people applaud Depp’s team.

Just recently, one of Depp’s lawyers, Camille Vasquez, has been receiving praise on the platform for what people are calling “precise cross-examination.” People have also said that they enjoyed seeing how close Depp seems to be with his team in comparison to Heard’s.

The cosmetic brand Milani also entered the discussion. They posted a video calling out Heard for lying about using their correcting kit to hide bruises that she allegedly obtained during her marriage to Depp. The concealer Heard claims to have used released in 2017, a year she filed for divorce.

But not all people are happy with Tik Tok’s looming presence in the trial. Others have called the public shaming of Heard degrading and that it has turned both defendants into accidental influencers, making it a popularity contest.

A debate had gone back and forth with people inputting their own opinions. Both sides have had supporters, but who is receiving the most is clear. The hashtag #Justice for Amber Heard has 47.7 million views on Tik Tok, while #Justice for Johnny Depp has 13.6 billion views.

It is safe to say that TikTok has helped Depp in his case, but as the trial continues, more will unravel.