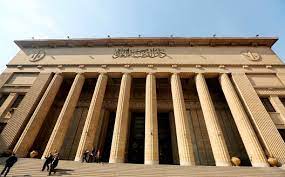 Seven Egyptian human rights organisations have called for the release of the Strong Egypt Party leader and his deputy who were sentenced to prison by Egypt's Emergency State Security Criminal Court (ESSC).

The Egyptian organisations said the ESSC did not follow the minimum standards of a fair trial and that its verdicts could not be appealed.

After Aboul Fotouh was imprisoned in February 2018, his family expressed concerns about his health, citing three heart attacks while in prison.

The political prisoner’s relatives accused the Egyptian authorities at the time of mistreating and neglecting his health.

On the other hand, Mahmoud Ezzat, the Muslim Brotherhood's former acting supreme guide, was sentenced to 15 years in prison in the same trial.

Amnesty International called the verdict "grossly unfair and politically motivated," adding that the defendants had been subjected to a litany of abuses, including torture and ill-treatment.”

According to the human rights organisations, the verdicts were part of an attempt to retaliate against politicians, which contradicts the Egyptian government's stated goal of embracing a national debate.

Back in 2019, a Cairo criminal court convicted 10 Muslim Brotherhood’s prominent members including former supreme guide Mohamed Badie of assassinating members of the police force and plotting jail breaks during the 2011 revolution.

The defendants were charged at the time with facilitating the escape of 20,000 prisoners, and of jeopardizing national security by conspiring with external parties, namely the Palestinian militant group Hamas and Hezbollah party in Lebanon.

Later that year, the Egyptian Court of Cassation acquitted eight middle-rank leaders of the country’s most popular Islamist political group, who were sentenced to 15 years in prison months earlier.

However, in 2021 Egypt's highest appeals court upheld the life sentences of 10 leaders of the banned organisation.

Egypt confirmed in September 2021 that the emergency state would be lifted, and emergency courts would be dismantled in due course. Those who were referred to emergency courts prior to the dissolution decision must still face the verdicts of the courts.

The emergency court rulings in the Middle Eastern country are particularly harsh because defendants are denied the right to appeal.

National dialogue without the Muslim Brotherhood

Critics claim that Egypt is attempting to avoid domestic and international criticism by promising a number of changes, despite the fact that little has changed in reality.

In a related vein, President Al-Sisi invited all Egyptian political parties to an inclusive dialogue in April, but excluded the banned Muslim Brotherhood.

Discussions about the fate of the Islamist group, which has been witnessing unprecedented divisions and state crackdowns, have resurfaced with the call initiated by Al-Sisi to hold a political dialogue with the opposition.

Many have been dwelling on whether the decision-makers in Cairo are ready to discuss the possibility to reintegrate the Muslim Brotherhood into political life, a decade after sweeping popular demonstrations led to ousting Mohamed Morsi  from office.